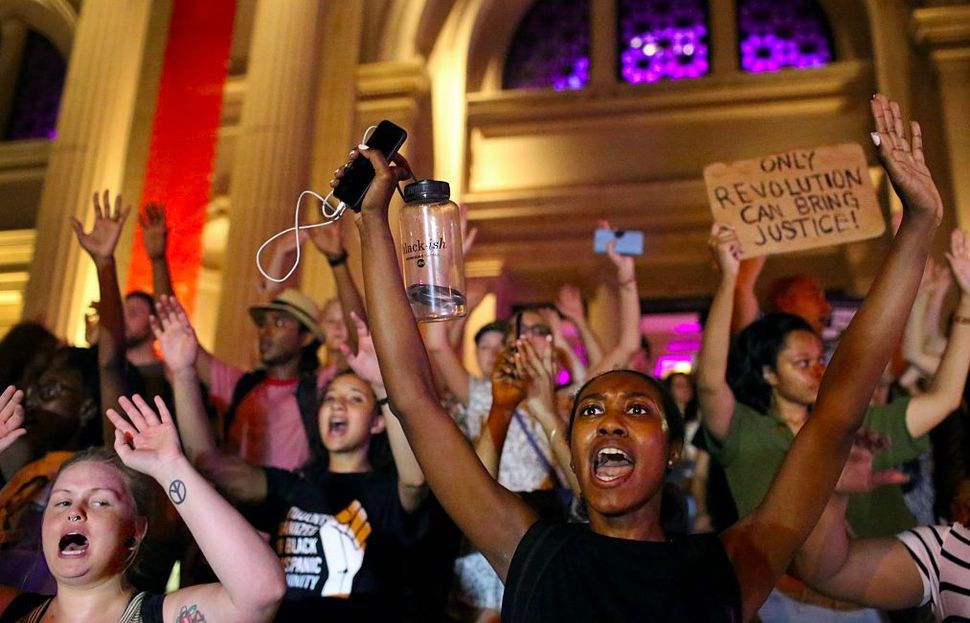 According to a statement from the Jewish anti-occupation group IfNotNow, some 50 people gathered at the council’s Boston offices on Monday to express their support for Black Lives Matter.

“We refuse to follow leaders that force us to choose between Jewish community and one of the most powerful movements of our time,” said Ally Little, one of the protest organizers, according to the IfNotNow statement. “We recognize the explicit links between Black, Palestinian, and Jewish liberation.”

Last week, the council issued a statement condemning the recently released platform of the Movement for Black Lives coalition, which called Israel an “apartheid state” and accused the United States of complicity in Israel’s “genocide” against the Palestinians.

“JCRC cannot and will not align ourselves with organizations that falsely and maliciously assert that Israel is committing ‘genocide,’” the statement read.

Released on Aug. 1, the document encompasses a broad set of economic and social policy goals aimed at eliminating racism, mass incarceration and police violence. The language on Israel appeared in a section called Invest-Divest and called for an end to U.S. military aid to Israel.