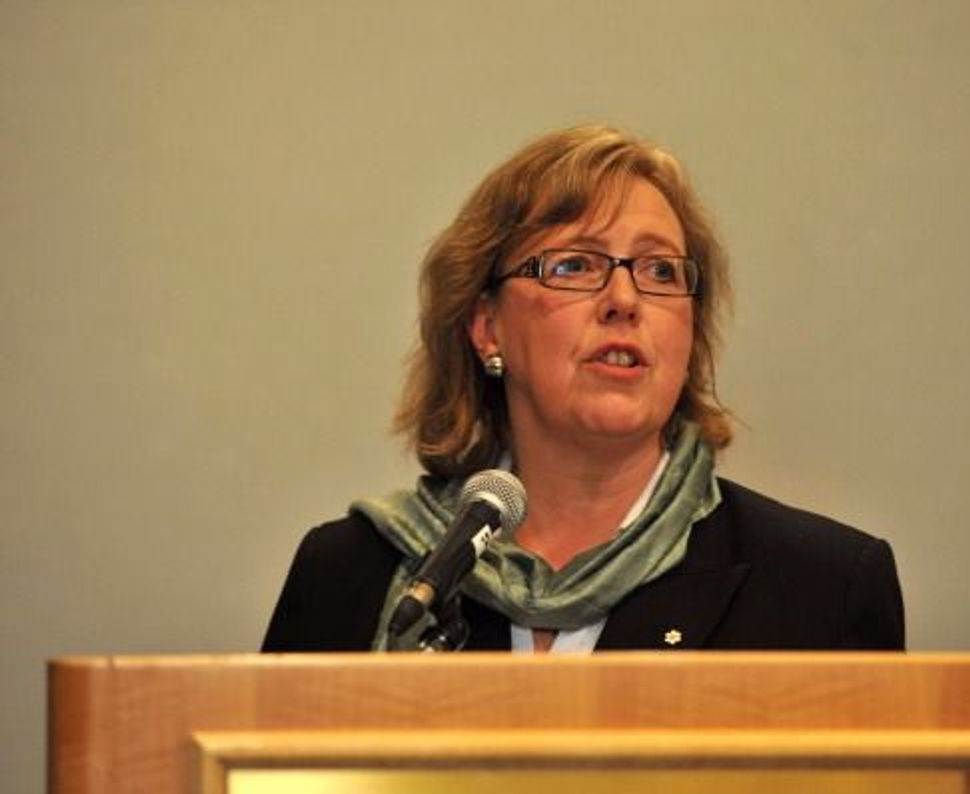 TORONTO — The leader of Canada’s Green Party is pondering resigning after members voted to support the Boycott, Divestment and Sanctions campaign against Israel.

In an interview Tuesday with the Canadian Broadcasting Corp., Elizabeth May said she is “struggling with the question of whether I should continue as leader or not, quite honestly,” in the wake of the vote last weekend by rank-and-file Greens to support BDS.

May, who has called BDS “polarizing, ineffective and unhelpful,” told the CBC she’s “quite certain most of our members don’t support this policy, but weren’t fully engaged in the consensus-building process we normally would have had.”

“So if I can’t find a way to bring that back and have the members review it with a consensus decision-making process, then I have to profoundly question whether I can continue as leader, and that’s obviously heartbreaking,” she said.

Ken Melamed, the Green Party’s federal council president, explained Monday that the vote to support BDS does not change the party’s position on the Israeli-Palestinian conflict.

“I want to be clear. The (party) supports a two-state solution to the Israel-Palestine conflict and we continue to advocate for good-faith negotiations,” Melamed wrote. “This support (for BDS) is intended to further advocate to that end.”

May said the debate surrounding the vote was “very abbreviated” and left her “breathless because we actually never really properly debated this motion. I oppose it entirely, but it carried on the floor, although not overwhelmingly.”

The BDS vote “does not mean I don’t want to be free to criticize what’s happening in the Middle East and to support Palestinian rights, I just think it’s a large-scale error for a party as credible as the Green Party to attach itself to a movement that is outside of us,” she also said.

Canada’s Parliament voted to condemn the BDS movement last winter. May was absent for the vote.

May, who is the Green Party’s only member of Parliament, said she would continue to represent her constituents until the next federal election, which is scheduled for  2019.