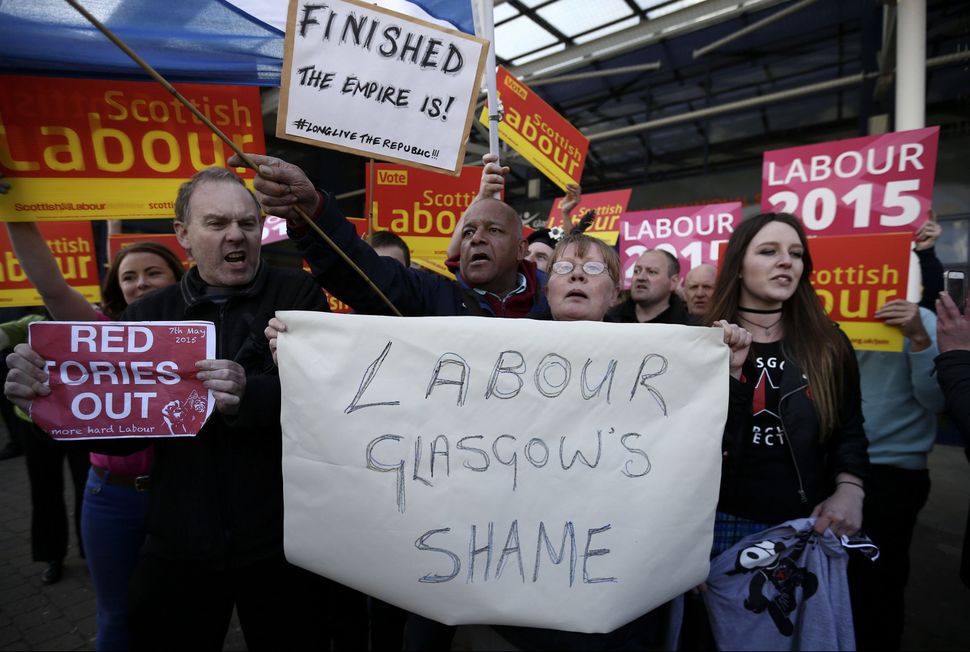 — The Labour Party in Britain was left without security arrangements for its annual conference next month following its boycott of a longtime contractor with ties to Israel.

Labour’s dropping of the British-Danish G4S security multinational firm follows a controversial vote last year by members of its National Executive Committee, leaving the party with no fixed arrangements for the Sept. 25 event, The Telegraph reported Wednesday.

Only half of the committee was present when a majority in the room voted in November to sever the party’s ties with G4S over unspecified “concerns about G4S contracts,” as the minutes from the meeting read.

G4S has faced criticism over its involvement in Israeli prisons where Palestinians are held. The Israeli lawmaker Hilik Bar wrote in a letter to a Labour colleague complaining about reports that suggested the Labour boycott was over Israel.

Labour spokespeople have denied this and, following a recommendation from one committee member, the minutes of the session on G4S were to be altered to exclude any mention of Israel, The Jewish News reported in January.

With no security firm to handle the Sept. 25 conference, the Home Office and police could shut down the event. Three companies declined the offer of a contract and one withdrew its bid after carrying out a risk assessment, according to the Telegraph report.

Labour leader Jeremy Corbyn, who in 2009 called Hezbollah and Hamas his “friends,” has called for sanctions against the Jewish state for what he regarded as its violations of international law. He has since regretted calling the anti-Semitic terrorist groups his friends amid scathing criticism on his conduct by leaders of British Jewry, who have accused him of both encouraging anti-Semitic rhetoric with his policies on Israel and of whitewashing the hate speech problems they said this creates within Labour.

Jonathan Arkush, the president of the Board of Deputies of British Jews, said earlier this year that few Jews can trust Labour under Corbyn. It was an unusual statement for a nonpartisan body with many supporters among Labour voters.

John Woodcock, a Labour lawmaker, told the Telegraph that the security firm crisis facing Labour “is just another example of the ideologically purist leader’s team creating havoc for ordinary party members with their suspect and selectively applied principles.”