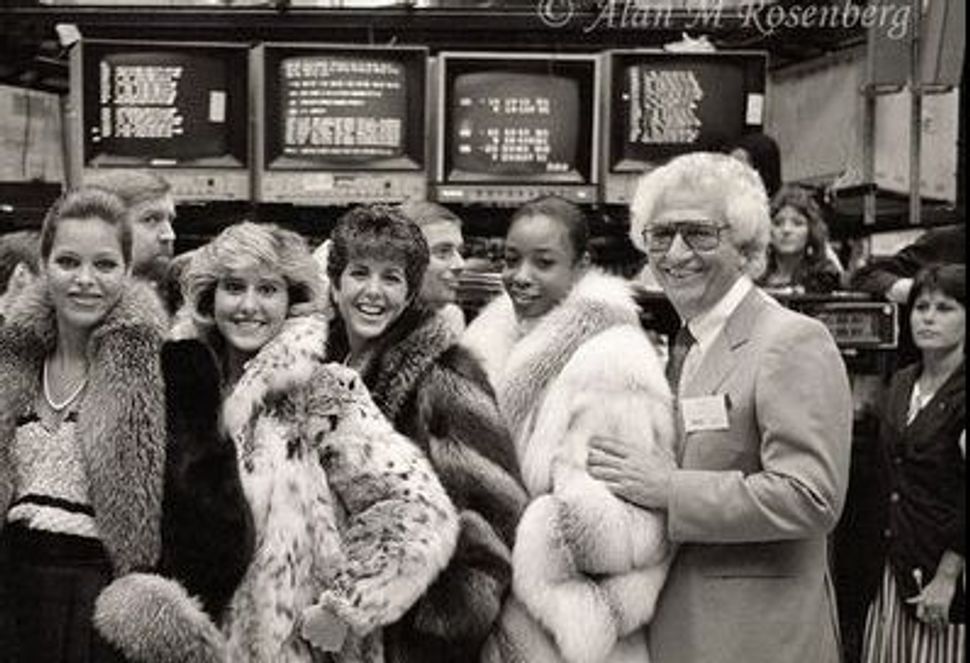 (JTA) — Fred Schwartz, a New York-area philanthropist and businessman who marketed affordable mink, sable and fox under the name “Fred the Furrier,” has died at 84.

Schwartz operated “Fur Vaults” at three Alexander’s department stores, earning praise and scorn for opening up a once-exclusive industry through discounted prices and heavy advertising on local television through the 1970s and ‘80s.

“We established a concept that furs do not have to be sold in a forbidding environment,” Schwartz  The New York Times in 1981.

A significant supporter of Jewish institutions, Schwartz retired from the fur industry in 1989. In 1995 he founded the Auschwitz Jewish Center Foundation. It conceived and sponsored a $10 million project that restored the only surviving synagogue in Oswiecim, the town in southern Poland near the Nazi’s Auschwitz death camp.“We want to represent Jewish life here before the Shoah, not the anonymity of mass death,” Schwartz told JTA at its opening ceremony.

In 2006, Schwartz founded the Auschwitz Institute for Peace and Reconciliation and served as president of its board of directors until his death.

Born in the Bronx, Schwartz joined his brother’s wholesale fur company in 1954 and moved into retailing in 1975. In 1985 Fur Vault Inc. grossed $50 million, with earnings of $3.4 million, the Washington Post reported at the time. The industry stalled at the end of the decade, however, and Schwartz stepped down as chairman in 1988.

Robert Satloff, executive director of the Washington Institute for Near East Peace Policy, recalled that Schwartz, a longtime member of its board of directors and board of trustees, and his wife Allyne were “fixtures” at events run by the think tank.

“He projected a constant stream of bold ideas to keep the institute fresh, alert and ahead-of-the-curve,” said Satloff.