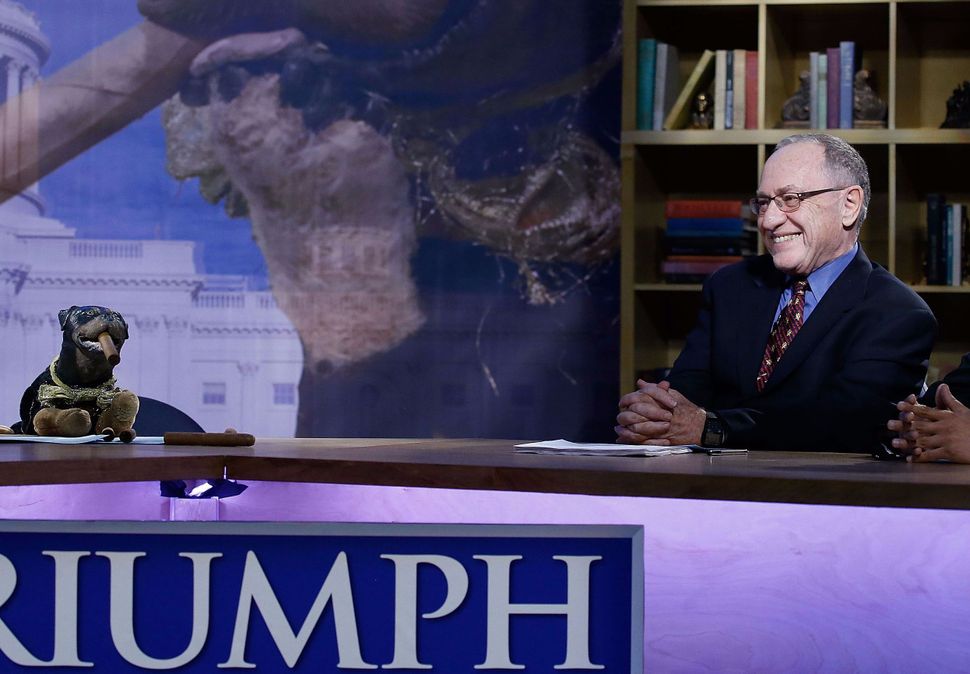 Hillary Clinton has not asked Alan Dershowitz to play the role of Trump in her upcoming debate camp. But, as Dershowitz told Politico, he’s more than happy to help.

“Of course I would do it if asked — I think I could do a pretty good Donald Trump impression,” he said. “I’m happy to do anything to help her become president. I may campaign in Florida, where I live now.”

Dershowitz said that he would be right for the role if Clinton’s campaign was “looking for a loudmouth New Yorker.”

The original suggestion that Dershowitz was going to play Trump came from WNYC’s Richard Hake, who said on August 18 that Clinton’s campaign had already decided on Dershowitz to be the leading man.

Dershowitz, who was in Martha’s Vineyard this weekend attending a fundraiser for Hillary Clinton, claimed not to know what her campaign was “internally thinking” regarding the casting decision.

On August 21 Clinton’s campaign manager, Robby Mook, told CNN that they are still looking for someone to play the role of Trump.

The first presidential debate will be September 26, at Hofstra University.