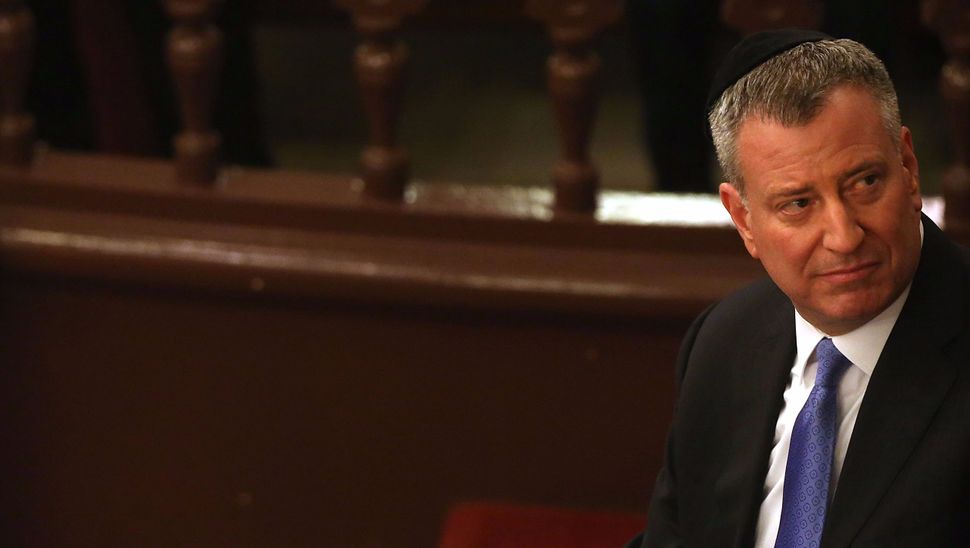 New York Mayor Bill de Blasio reportedly decried the BDS movement as not “consistent with progressive values in a speech at a prominent Long Island synagogue.

“There are plenty of people who support BDS who have advanced degrees and who call themselves progressives,” de Blasio said to the congregants of Hampton Synagogue in Westhampton Beach, reported Jewish Insider.. “I look forward to challenging them, because it’s ahistorical.”

De Blasio has repeatedly rallied against the BDS movement, saying at the Celebrate Israel Parade, “As long as I am mayor, we will always stand by Israel.”

De Blasio went on to say that the city was focusing attention on protection for Jewish community centers as well as for Muslim centers.

“The NYPD will be seen in the front of Jewish community centers, in front of schools,” de Blasio said. “In the wake of an attack – whether it occurs in Jerusalem, or Tel Aviv, or Buenos Aires, or Brussels – we have one mission – to send a message – to anyone who will do ill to the community that we put up a wall of protection.”

The Hampton Synagogue is a popular synagogue for many of New York’s wealthiest Jews. Synagogue-hosted fundraisers have raised millions of dollars for Israel over the years.