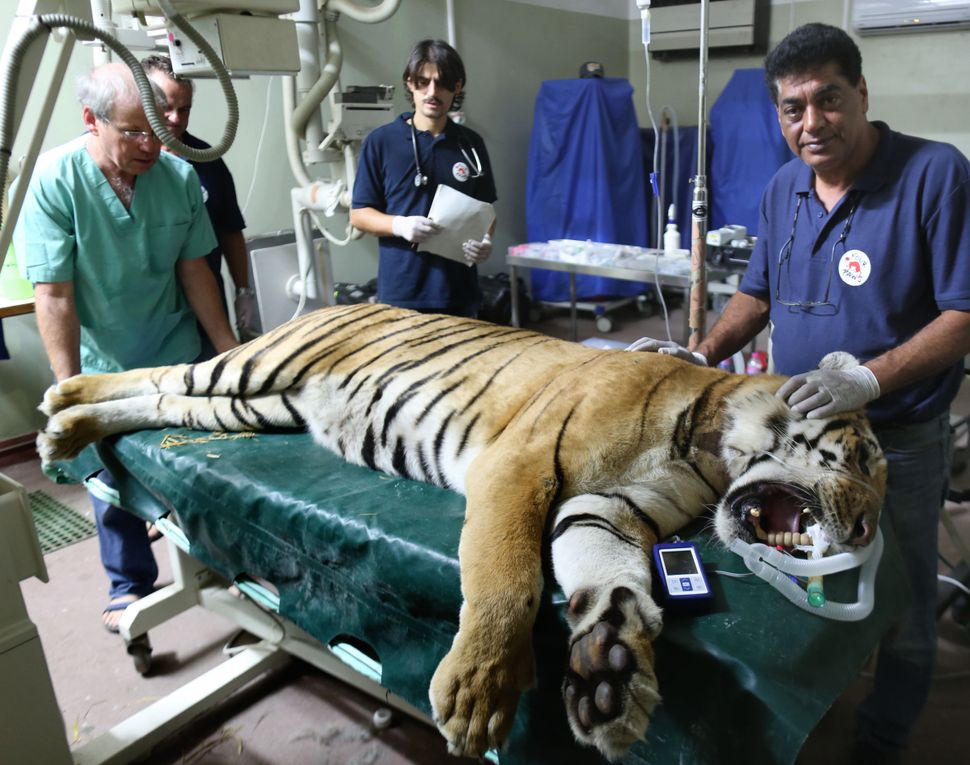 Economic hardship deepened by war with Israel brought death to most of the menagerie of 200 at the privately owned complex in Khan Younis, in the southern part of the enclave.

The 15 remaining animals rescued by the Four Paws international animal welfare group included a tiger, porcupines, an emu and five monkeys. A baby deer that was to have made the journey died in “a desolate cage” last week, the organization said.

Israel, which maintains tight restrictions on its border with Hamas Islamist-run Gaza, allowed the animals through the frontier and dubbed the transfer “Operation Safari.”

Some were destined for new homes in sanctuaries in Israel and Jordan, and the tiger will be flown to Four Paws’ Lionsrock Big Cat Sanctuary in South Africa.

“We hope they will use their gained know-how in the future to better help animals in need in Gaza,” Khalil said.

The zoo’s owner, Mohammad Oweida, once hosted family and school outings at the facility. But a seven-week war between Israel and Palestinian militants in 2014 prevented him getting enough food for the animals, many of which had been smuggled to the Gaza Strip through tunnels from Egypt.

Oweida stuffed 15 of the animals that died, including a lion and a chimpanzee – and put them on display in what Gaza residents called the “Jungle of the South.”

“I have lived and worked nine years in this zoo. I was connected to the animals more than I was to people. Today I am forced to let them go so they can live better,” Oweida, 26, told Reuters.

He said he will particularly miss eight-year-old tiger Laziz, whom he had raised since the animal was a cub.

“I feel as if my soul has been taken away,” Oweida said.—Reuters