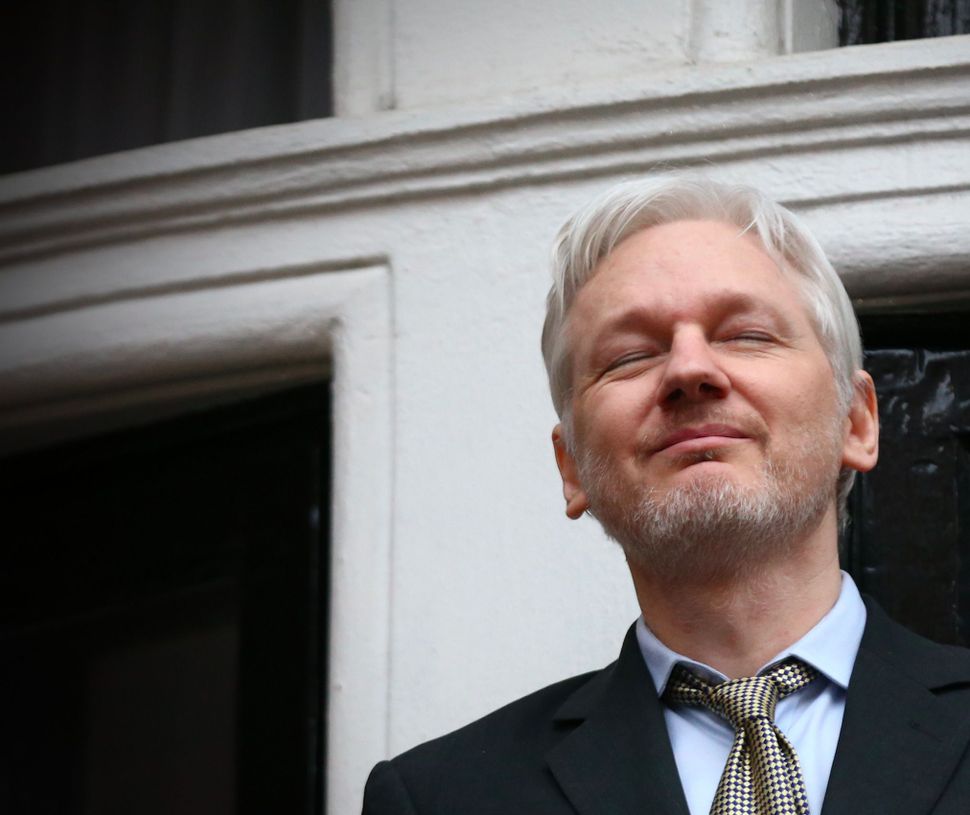 In a Fox News interview, Assange suggested that Rich might have been involved in the massive leak of damaging Democratic National Committee emails to the anti-secrecy groups. He also hinted that could prove to be a motive in the July 10 killing, which Washington D.C. police believe was a botched robbery.

“We’re not saying that Seth Rich’s death necessarily is connected to our publications — that’s something that needs to be established,” said Assange. “(But) this organization will go after anyone who may have been involved in some kind of attempt to coerce or possibly, in this kill a potential source.”

Wikileaks raised eyebrows by posting a $20,000 reward for infomation in the Rich case. That has spurred a flood of speculation — primarily by right-wing conspiracy theorists — that Rich was somehow entangled in the politically damaging DNC leaks, or might have been murdered to silence him.

“I don’t think the information so far is enough to start pointing a direct finger,” Assange said. “We don’t want to compromise the police investigation.”

Police say Rich, who grew up in a prominent Jewish family in Omaha, Nebraska, was killed during a struggle with a suspected robber as he spoke to his girlfriend outside his home in a gentrifying Washington D.C. neighborhood.

Authorities have discounted the possibility that an inside source like Rich had any link to the DNC leak. They believe Russian hackers seeking to influence the American election were behind the cyber crime.

Rich’s grieving parents have repeatedly pleaded with Assange and others to stop fueling conspiracy theories about their son’s murder.