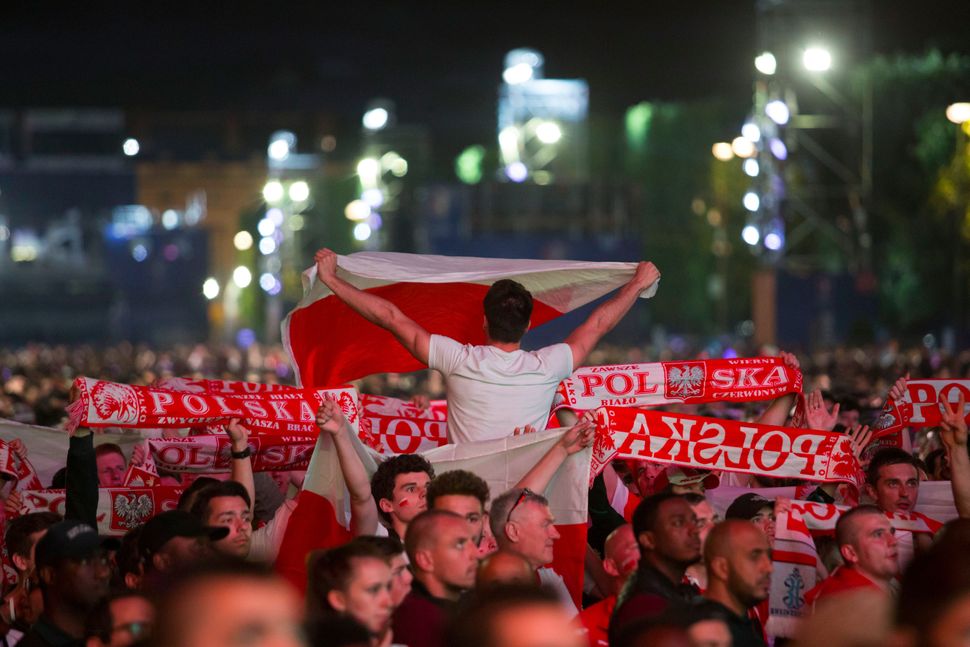 – Several dozen soccer fans in Poland hung a banner containing anti-Semitic language at a train station in Lodz at a demonstration that featured the burning of Jews in effigy.

Approximately 50 men were photographed on a bridge at the Lodz Kaliska station on Aug. 26 with a banner reading “19.08, today the Jews got a name. Let them burn,” followed by an obscenity, the Gazeta Wyborcza newspaper reported.

The message referenced to the ŁKS Łódź team, which was founded in 1908 and many Poles associate with Jews because of the rich Jewish history of Lodz. The city in central Poland had a large Jewish population before the Holocaust, partly because it was a capital of the local textile industry.

The fans, some wearing balaclavas, set fire to at least three puppets hanging from the bridge and are understood to symbolize burning Jews.

Police are looking for the demonstrators, who are suspected of incitement to racial hatred and intimidation, the daily reported.