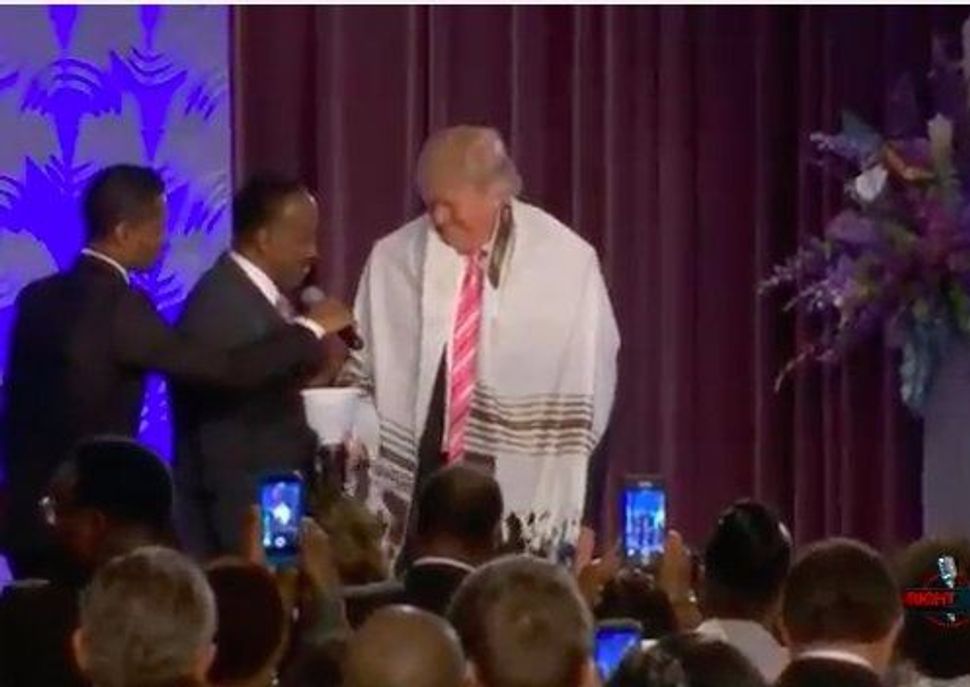 (JTA) — Republican presidential candidate Donald Trump was gifted a traditional Jewish prayer shawl by a pastor during a visit to a black church in Detroit.

Bishop Wayne Jackson of the Great Faith Ministries in Detroit draped the tallit around Trump’s shoulders after the candidate finished addressing the congregation.

“Let me just put this on you,” Jackson said as the congregation burst into applause.

.@realDonaldTrump given prayer shawl from Israel after remarks at African-American church in Detroit. pic.twitter.com/BH4M8dCoTr

The pastor said he fasted and prayed over the prayer shawl.

“This is a prayer shawl straight from Israel. Whenever you’re flying from coast to coast — I know you just came back from Mexico and you’ll be flying from city to city — there is an anointing. And anointing is the power of God,” Jackson said. “It’s going to be sometimes in your life that you’re going to feel forsaken, you’re going to feel down, but the anointing is going to lift you up. I prayed over this personally and I fasted over it, and I wanted to just put this on you.”

The pastor also presented Trump with two Jewish Heritage Study Bibles, one for the candidate and one for his wife, Melania.

Trump’s daughter, Ivanka, is a convert to Orthodox Judaism.

Jews traditionally wear the tallit for prayer, following a commandment in the book of Deuteronomy. Some Christian churches have adopted the practice, however.

Trump visited the church in an effort to reach out to the African-American community. “I’m here today to learn so that we can together remedy injustice in any form, and so that we can also remedy economics so that the African-American community can benefit economically through jobs and income and so many other different ways,” Trump said in his address to the congregation.

Many responses on social media to Trump donning a tallit were negative. 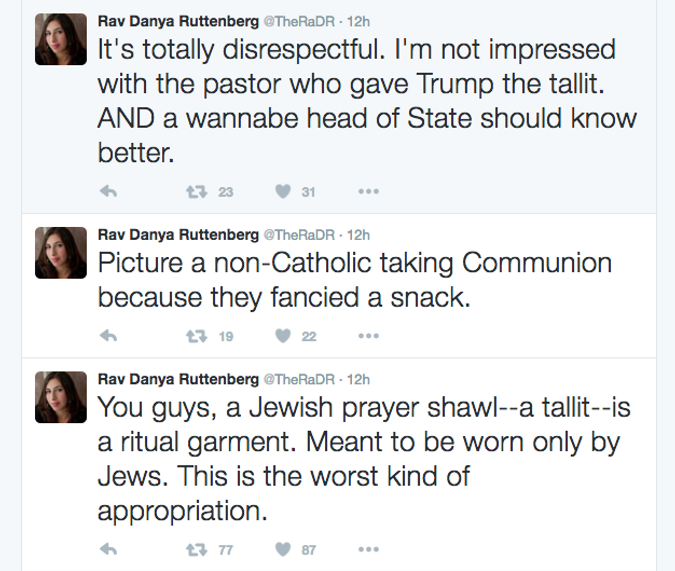