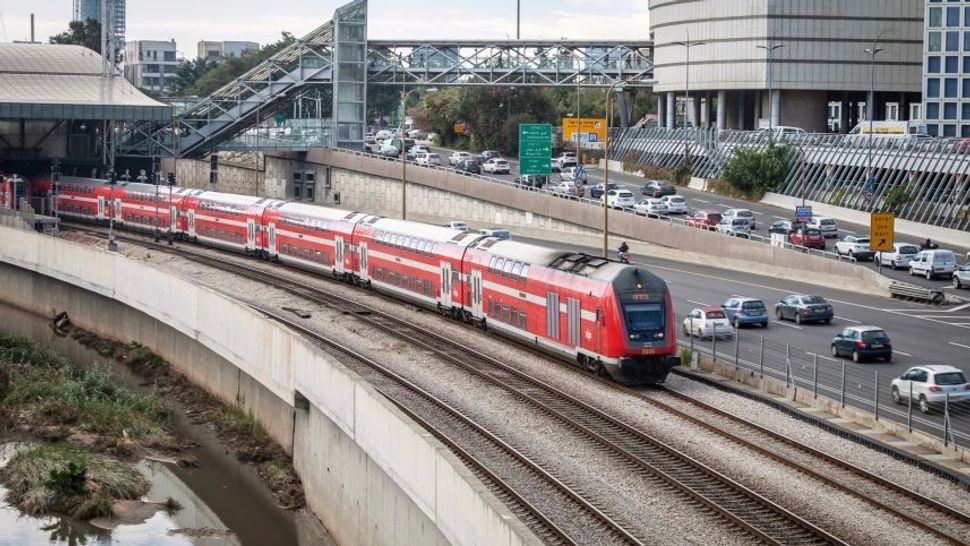 The interim ruling issued Tuesday prevents Prime Minister Benjamin Netanyahu from ordering a halt to the Saturday work, according to reports.

Lawmaker Zahava Galon, head of the left-wing Meretz party, had filed a petition to have the work proceed after Netanyahu on Friday called off the work slated for 20 sites. Haredi Orthodox political parties had sought the work stoppage and threatened to bolt the ruling coalition, perhaps toppling the government, if the work was not canceled.

Ultimately the work went forward at three sites where it was determined that the failure to proceed could endanger lives.

The delays led to the work being extended into the Sunday morning rush hour, causing major traffic jams and stranding commuters who rely on the railway system.

Netanyahu accused Transportation Minister Yisrael Katz, a member of his own Likud party, of fomenting a political crisis over the issue for Katz’s political gain.

The prime minister responded to the Supreme Court’s decision during a news conference in The Hague with Dutch Prime Minister Mark Rutte.

“I respect the decisions of the High Court of Justice. I think that they are making things clear. The responsible minister on this matter is the Minister of Labor; he will decide – according to law – which work projects are urgent , and they will be done, even on Shabbat if need be, and work projects that are not urgent will be done during the week. This is a proper order; I think that this is correct and I think that it will put an end to this affair, and all citizens of Israel – ultra-orthodox and secular alike – need to act according to this ruling and this decision,” Netanyahu said.

A special Knesset session to debate allowing work on Shabbat was postponed until Sept. 19, due to the Muslim Feast of the Sacrifice holiday, which would have prevented Arab lawmakers from participating, Haaretz reported.