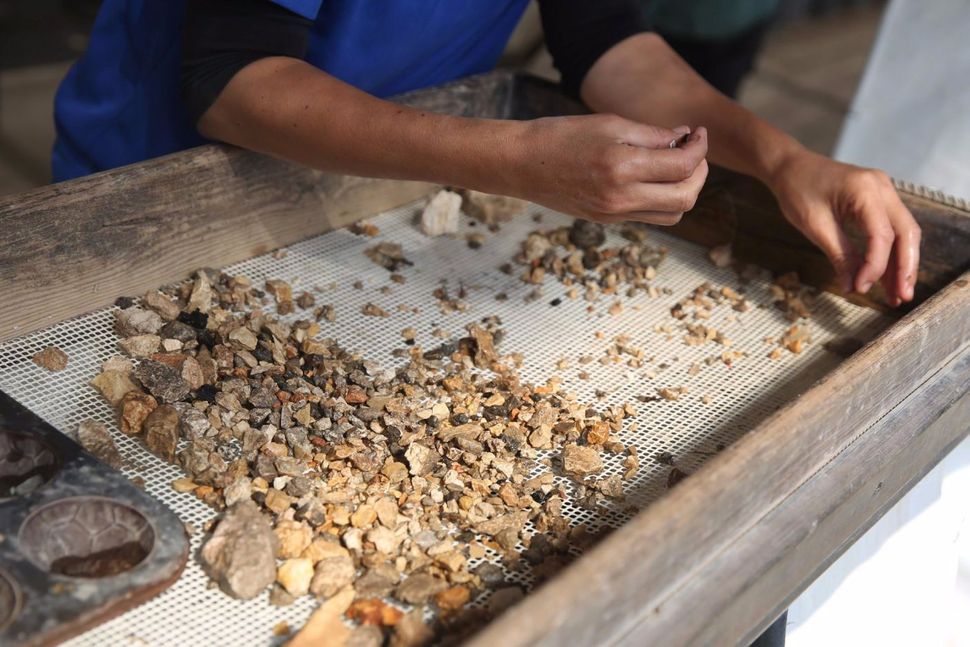 — Archaeologists working in Jerusalem have restored floor tiling that was part of the courtyards of King Herod’s Second Temple over 2,000 years ago.

This was the first time archaeologists successfully restored a part of the Temple complex built by King Herod, who ruled in Jerusalem for three years beginning in  37 BCE, according to Gabriel Barkay, director of The Temple Mount Sifting Project.

The flooring “enables us to get an idea of the Temple’s incredible splendor,” Barkay said in a statement.

The tiles were opulently designed, said Frankie Snyder, a member of the archaeology project.

“This type of flooring, called ‘opus sectile,’ Latin for ‘cut work,’ is very expensive and was considered to be far more prestigious than mosaic tiled floors,” Snyder said. “The tile segments were perfectly inlaid such that one could not even insert a sharp blade between them.”

The tiles will be showed publicly on Thursday at the 17th Annual City of David Archaeological Conference.

The Temple Mount Sifting Project was founded in 2005 in order to recover archaeological artifacts that had been removed from the Temple Mount area by the Jerusalem Islamic Waqf, which manages the Muslim buildings at the site. The archaeology project is run under the auspices of Bar-Ilan University and the Israel Nature and Parks Authority.