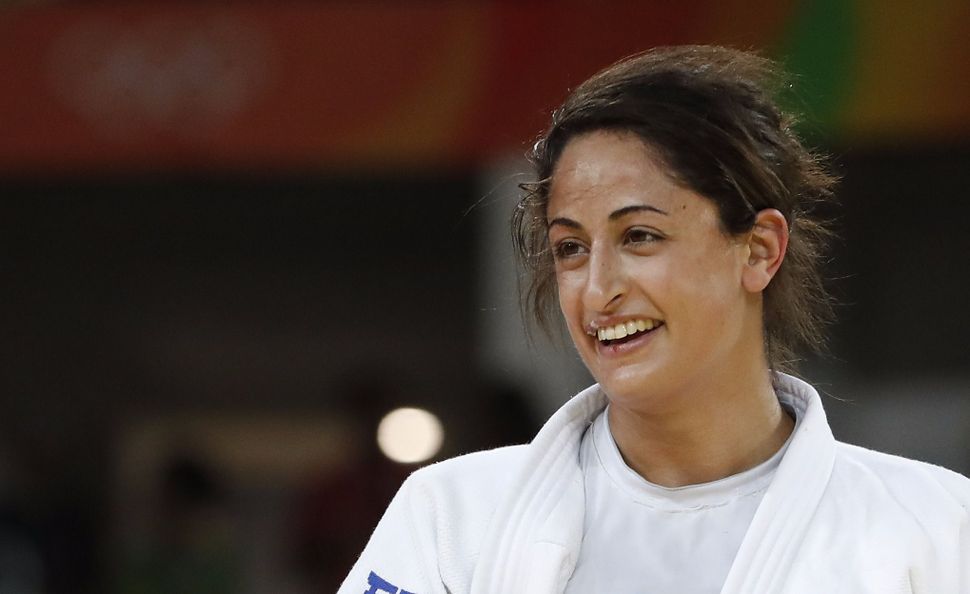 — Shlomo Rechnitz, a Los Angeles businessman, has been identified as the person who bought the Olympic name patch of Israeli bronze medalist judoka Yarden Gerbi.

Rechnitz paid $52,100 for the autographed patch on eBay, pledging the proceeds to charity. He donated the money from his winning bid to the Tel Aviv Sourasky Medical Center; it will be used to purchase medical equipment.

On Tuesday, a spokesman for Rechnitz identified him as the buyer. Rechnitz, who operates a chain of California nursing homes, has pledged to re-auction the name patch and donate those proceeds to the Tel Aviv hospital as well.

“Everyone must learn from Yarden how to use their skills to help people in need,” Rechnitz said in a statement.

Rechnitz has gained publicity for other colorful philanthropic acts. In January, he bought 18,000 Powerball lottery tickets for his employees, and one of his workers was briefly duped into believing she had won. Last November, he bought $50 dinners for 400 U.S. soldiers while they were on a stopover in Shannon, Ireland.

Gerbi won her medal in the women’s 63 kg weight class at the Rio games last month.