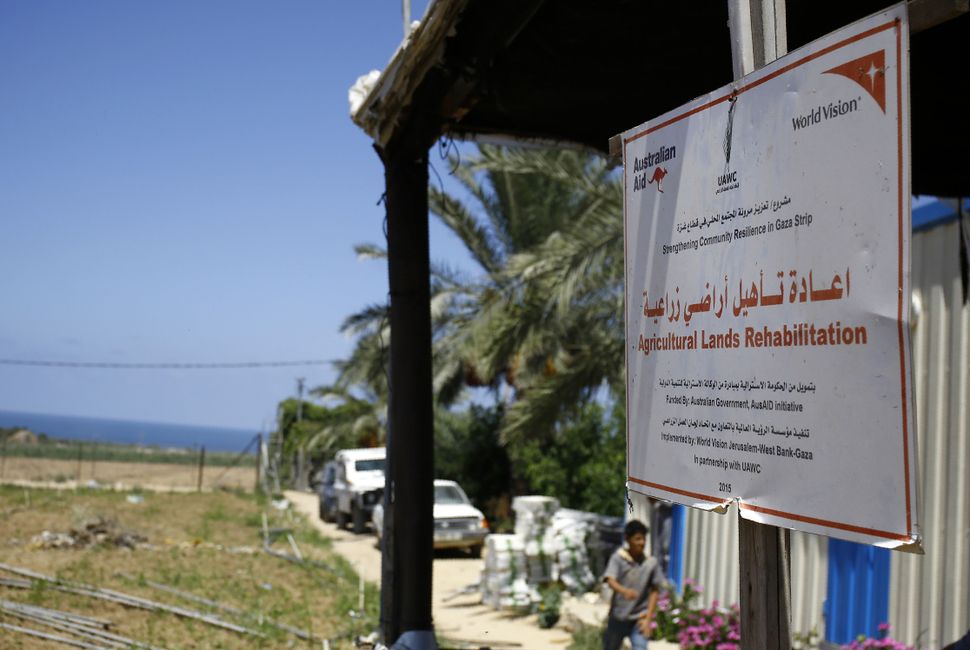 Christian aid group World Vision has laid off about 120 contractors in the Gaza Strip following allegations by Israel that the agency’s operations manager in the territory had diverted $7 million in funds to the Islamist group Hamas.

In an Aug. 29 letter handed to contractors at a meeting in Gaza, the NGO said its bank accounts in Jerusalem had been frozen by Israeli authorities and it was no longer able to transfer money to Gaza, making it impossible to pay them.

The letter said World Vision was living through a big crisis and its sources of funding had been affected. It was written in Arabic and a copy was sent to Reuters.

“Because of the crisis, we have frozen all our activities in Gaza. Our bank accounts in Jerusalem were frozen by the (Israeli) authorities, which also prevented us from making any transfers to Gaza.

A spokesman for World Vision spokesman would not confirm that the contractors had been laid off, saying only that the agency’s operations in Gaza had been suspended following the accusations against the operations manager, Mohammad El Halabi.

“Due to the seriousnes of the allegations laid against Mohammad El Halabi, World Vision has suspended operations in Gaza,” the organization said. “We are conducting a full review, including an externally conducted forensic audit.”

Israel arrested El Halabi in June and last month accused him of funneling tens of millions of dollars to Hamas, the Islamist militant group that has controlled the territory since 2007.

Halabi has denied any wrongdoing via his lawyer. He has been charged and has appeared at a pre-trial hearing held in secret. World Vision and Amnesty International have called on Israel to ensure he receives a fair and transparent trial.

Israeli officials accuse Halabi of siphoning off more than $7 million a year since 2010 to pay Hamas fighters, buy arms, pay for the group’s activities and build fortifications.

World Vision has disputed the allegations, saying in a statement on Aug. 8 that its total operating budget in Gaza over the past 10 years was around $22.5 million, making the alleged diversion of nearly $50 million “hard to reconcile.”

Some foreign diplomats have expressed concern at Israel’s presentation of the case and sought clearer evidence for the numbers. Since the allegations emerged, however, Australia has suspended funding to the aid group.

One of the contractors laid off told Reuters World Vision had emphasized the situation was out of its control.

“They said it was about the freezing of transfers and nothing else, when we asked them if that had to do with Halabi’s case,” he said, asking not to be named because he did not want to jeopardize the payment of funds he is still awaiting.

The termination letter informed contractors World Vision was looking at ways to pay all amounts owed to them through legal channels and “we hope this happens in the near future.”

The statement asked signatories to hand over belongings that they had received from the aid group including mobile phones, work identity cards and computers.