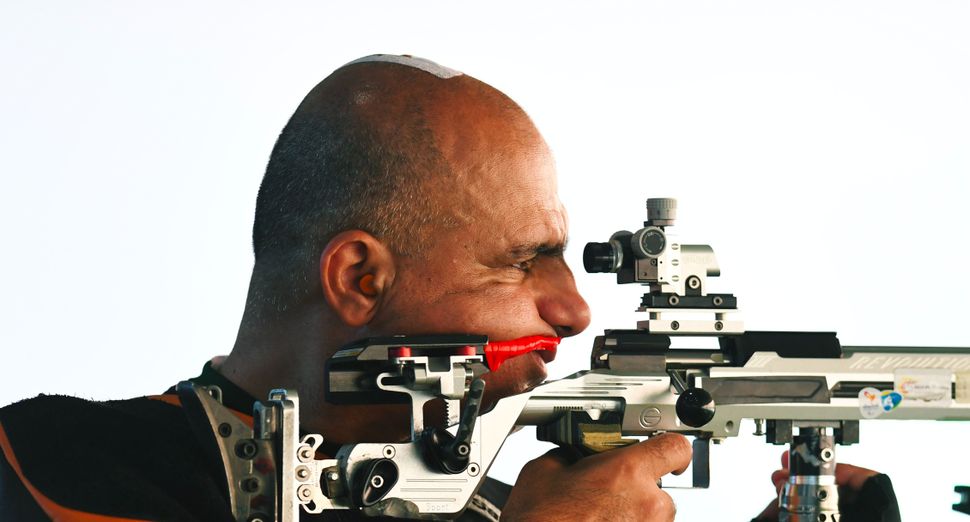 One day earlier, rower Moran’s Samuel also gave Israel a bronze, the first medal for the Jewish state at the competition.

This was Shaziri’s eighth Paralympic medal. In 2012, he won a silver medal at the London Paralympics, where he was also Israel’s flag bearer at the opening ceremony. Prior to that, he won two silver and four bronze medals in the 1996 Atlanta, 2000 Sydney, 2004 Athens, and 2008 Beijing Paralympics.

A gold medal earned in the 2015 Open Championships in Germany assured Shaziri of a spot in the Rio Paralympics.

In 1987, Shaziri was working as an Israel Defense Forces soldier while patrolling the Israeli-Lebanon border, where he tried to rescue his comrades from an attack but was seriously injured by a mine. After the incident, he went to a military hospital where he was fitted for a prosthetic leg.

Some 4,300 Paralympians are fighting for medals at the event which ends on September 18 in Brazil’s second largest city, where three weeks ago Israeli judokas Yarden Gerbi and Or Sasson both won bronze medals at the Summer Olympics.