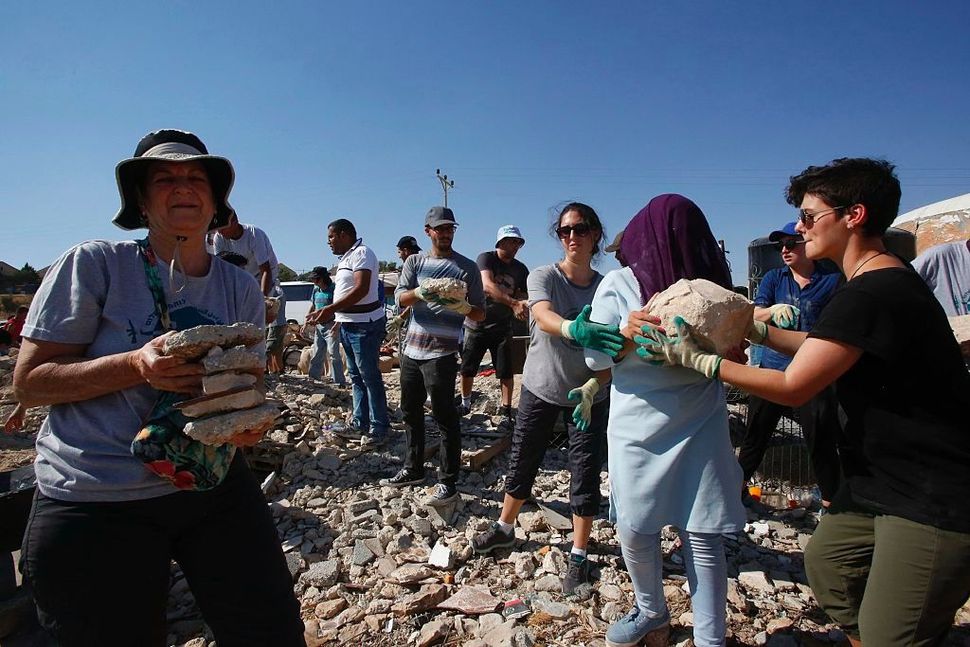 — Two leading Christian groups blamed Israel almost entirely for the conflict with the Palestinians and called on the United States to cut defense aid to the Jewish state.

Jewish organizations slammed the statement Wednesday by The World Council of Churches and The National Council of Churches of Christ, USA, ecumenical groups that represent over 545 million Christians combined. The Christian groups blasted Israel’s occupation of Palestinian lands and said it kept the residents of Gaza “in prison-like conditions.”

The statement, which was released following a two-day conference in Arlington, Virginia, also said the U.S. should nix the negotiated $38 billion aid package to Israel that was made official on Wednesday.

The groups conceded “that no one person or group of people or government is blameless,” but said they were “well aware that Israel is the occupying force and has commanding power over the people of Palestine and, thus, bears special responsibility for taking the initiative.”

The Anti-Defamation League called the statement “disappointing, yet sadly predictable.”

“The WCC and NCC preference to blame only Israel for the Arab-Israeli conflict — and for the failure to achieve a two-state solution — is wrong on the facts and detached from the realities in the region,” according to a statement Thursday by Jonathan Greenblatt, national director of the Anti-Defamation League, and Rabbi David Fox Sandmel, its director of interfaith affairs.

The American Jewish Committee in a statement also released Thursday accused the two Christian groups of having “a long history of anti-Israel bias.”

“These two church bodies claim to seek justice, but uniformly blame Israel exclusively for Palestinian suffering, while utterly failing to hold Palestinians to account for incitement and violence against Israel.”