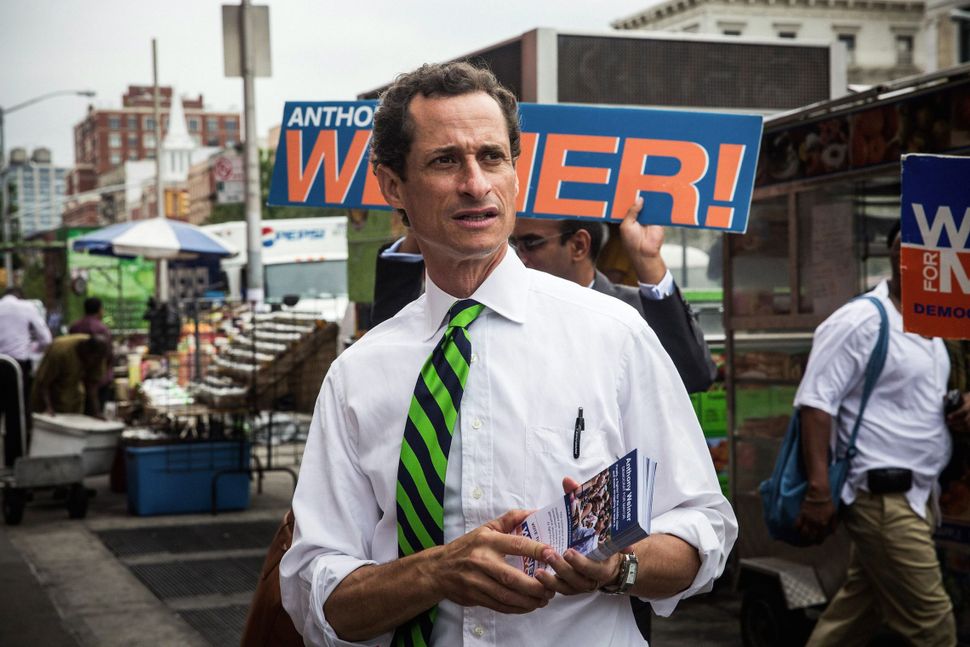 The probes came after DailyMail.com, the online version of a British newspaper, on Wednesday published an interview with the unnamed girl, who described months of online and text exchanges with Weiner in which she said he asked her to undress and touch herself.

Weiner, 52, did not respond to requests for comment. He told the Associated Press on Wednesday that he had “likely been the subject of a hoax.”

A New York Police Department spokesman said the police are “looking into the allegations and are investigating.”

The office of U.S. Attorney Jill Westmoreland Rose in Charlotte is “reviewing all materials relevant to the matter,” spokeswoman Lia Bantavani said.

Manhattan U.S. Attorney Preet Bharara and the FBI are also investigating, according to a law enforcement official, who spoke on condition of anonymity.

The investigations mark the latest in a series of scandals involving Weiner, a Democrat who represented a New York City district in Congress but resigned in 2011.

Her announcement followed a New York Post report that Weiner had sent lewd photos of his bulging underwear — one while he was in bed with their toddler son — via Twitter to another woman.

His resignation in 2011 came in the wake of a scandal that arose from him accidentally posting a close-up of his underpants on Twitter.

Weiner denied for more than a week that he had sent the photo and intended it for a young woman, claiming instead that his Twitter account had been hacked.

After several women came forward to say they too had shared sexually charged exchanges with the married congressman, Weiner admitted he lied.

When Weiner later made an unsuccessful run for New York City mayor, explicit photos surfaced in July 2013 that he had sent under the pseudonym “Carlos Danger” to a young woman in Indiana.—Reuters