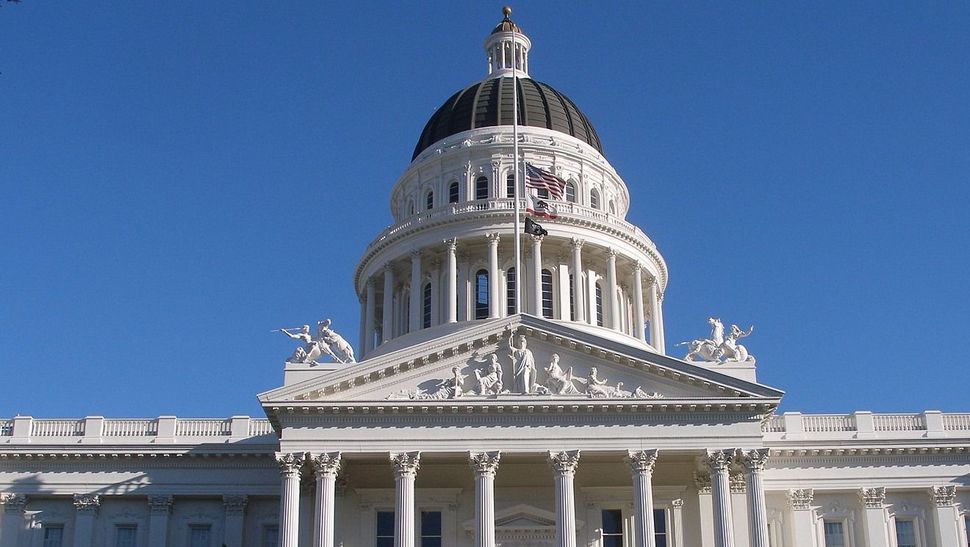 California Gov. Jerry Brown signed into law a measure that requires companies doing business with the state to certify that they do not boycott or discriminate against any sovereign state, including Israel.

Brown signed Assembly Bill 2844 on Saturday afternoon. The State Senate approved the bill by a vote of 34 to 1 on August 24, and the State Assembly passed it by 69 to 1 on August 30.

An earlier version of the legislation banned the state from making contracts worth over $100,000 with companies boycotting Israel. The bill was modified after critics said such a ban could breach speech freedom rights.

The passed version does not prohibit companies working with the state from boycotting Israel. Rather, companies have to certify that they do not violate California civil rights laws in boycotting a foreign country – including Israel, the only country mentioned by name – according to The Jewish Journal.

“We commend Governor Brown for signing this bill,” said Janna Weinstein Smith, American Jewish Committee’s Los Angeles Regional Director, in a statement. “The bill sends the clear and unmistakable message that the state of California wants no part of the goals and tactics of the BDS movement. Thanks to this legislation, those who wish to target Jews and Israelis for discrimination will not be doing business with the state of California.”

The Israeli-American Coalition for Action in a statement also praised the legislation and the leadership of Assembly member Richard Bloom, who introduced the original bill; the California Legislative Jewish Caucus, and Assembly member Travis Allen, in passing the bill.

Critics said the bill remained vague and could be misconstrued or subject to abuse.

“In a backhanded way, the bill legitimizes BDS,” Americans for Peace Now said in an op-ed in the Los Angeles-based Journal. “It states, in effect, that it is perfectly fine to support BDS, so long as you don’t discriminate in the process.”

The group, which opposes BDS but backs targeted boycotts of settlement goods, also said the bill’s prohibitions could inhibit the narrower option of focusing on settlements.

“Does the ‘the nation and people of Israel’” in the bill “include settlements that the United States government has long declared illegitimate and that are clearly illegal under international law?”