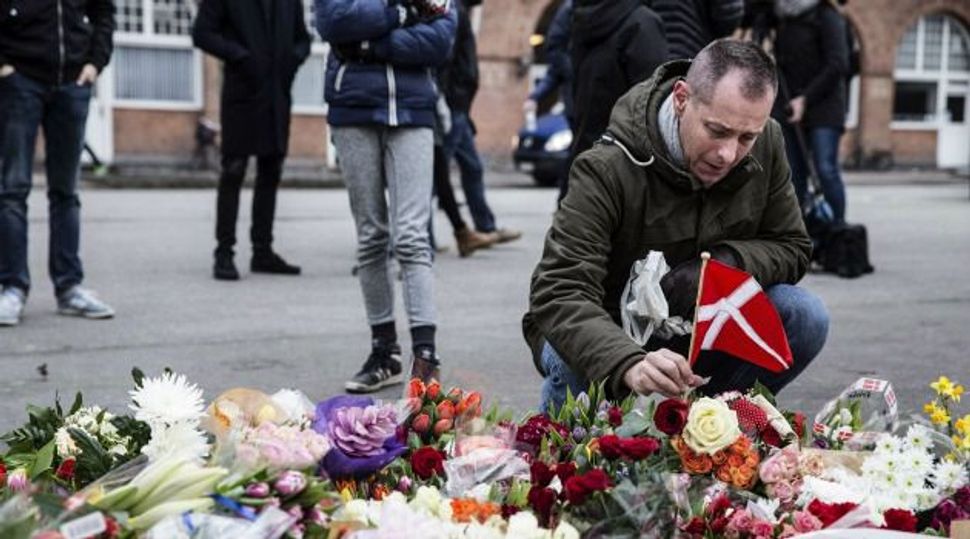 — The four Danish citizens accused of assisting the gunman in two deadly attacks in Copenhagen last year, including one outside a Copenhagen synagogue that left a Jewish security guard dead, were acquitted.

The Danish court on Tuesday found that the actions of the four men were “not of such a character that the actions can lead to a conviction for complicity,” according to the verdict, the French news agency AFP reported.

Bhostan Khan Hossein, Liban Ahmed Saleban Elmi, Ibrahim Khalil Abbas and Mahmoud Rabea were accused of helping Omar El-Hussein carry out the attack against Copenhagen’s main synagogue on Feb. 15, 2015. El-Hussein, 22, was killed in a shootout with police hours after killing a volunteer security guard, Dan Uzan, 37, in the attack. They had faced life in prison if convicted.

Hossein and Elmi were convicted on the lesser charge of disposing of the assault rifle El-Hussein used hours earlier to kill Danish filmmaker Finn Noergaard and wound three police officers at a Copenhagen cafe. They will be sentenced at a later date.