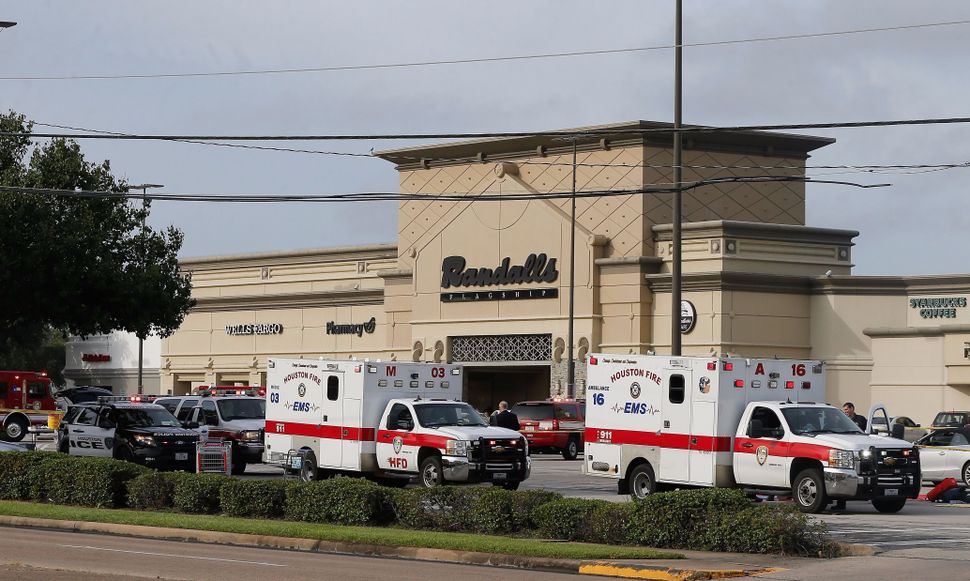 — The gunman wearing a Nazi uniform during a shooting spree in Houston belonged to a Jewish fraternity in college.

Nathan DeSai, 46, was carrying two guns and 2,500 rounds of live ammunition when he was shot dead by police Monday morning after injuring nine people in his attack on commuters, one critically.

DeSai belonged to Sigma Alpha Mu fraternity at the University of Houston, local news stations reported Wednesday, citing former fraternity brothers, who said he helped restart the all-but-defunct chapter at the university in the late 1980s. Non-Jews are also allowed to join the fraternity.

He was known by Niren at the time; he changed his name to Nathan legally in 2001, according to reports.

Andy Huston, executive director of Sigma Alpha Mu, confirmed in a statement that DeSai was a fraternity member from 1990 to 1993.

“Since his graduation more than 23 years ago, we have no record of him having any involvement with our organization,” the statement said.

DeSai, an attorney, and a partner ran a law firm that closed in February after 12 years due to an economic downturn, according to the AP.

Perrye Turner, special agent in charge of the FBI’s Houston Division, told the AP that officials don’t believe the incident is tied to terrorism, though local police officials have not offered an opinion.