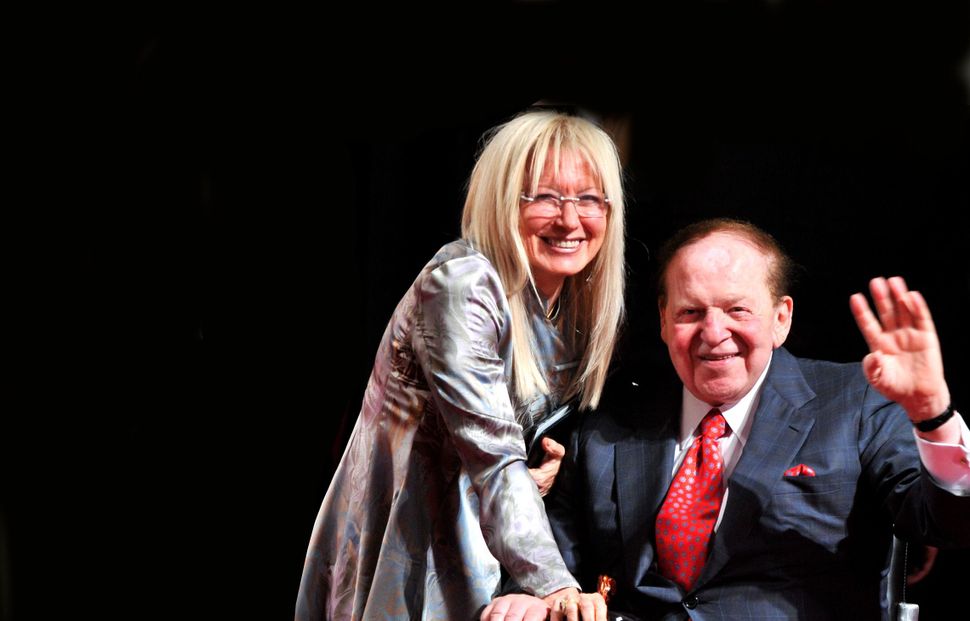 It took a while. But Republican casino mogul Sheldon Adelson finally reached his natural position – as a top election year megadonor.

According to a Washington Post report, which tallied political giving through the end of August, Sheldon and Miriam Adelson are now ranked the third largest donors to super PACs, with $21.5 million already spent on an effort to maintain Republican control in the U.S. Senate.

And Adelson’s prospects for leading the list are looking bright, as he decided last month to give another $25 million to a pro-Trump super PAC founded by finance billionaire Joe Ricketts.

Adelson joined the race at a late stage, after avoiding significant giving during the primaries in which his favorites Marco Rubio and Ted Cruz failed to deliver. He then waited on the sidelines until after the Republican convention before starting to make good on his $100 pledge to Trump. But as the campaign entered its final phase this fall, Adelson stepped up his contributions with two contributions of $20 million to groups supporting Republicans in the Senate and in the House, and another $25 to the pro-Trump super PAC which is focused on running anti-Clinton TV ads in battleground states. Taken together, and given the fact that Adelson may still increase his giving, the Vegas billionaire is not that far from the record he set in the 2012 elections cycle, when he donated $100 million to presidential and primary candidates.

Adelson’s generosity did not go unnoticed by Republican presidential nominee Donald Trump who gave his benefactor a nice shoutout during a campaign rally in Henderson, Nevada, on Wednesday. “Did you read that this morning in your good paper, owned by a great guy — Sheldon — Sheldon Adelson — and a great supporter of Israel, Sheldon Adelson?” Trump asked the audience, referring to the Las Vegas Review-Journal which was purchased by the Adelson family last year. Adelson himself, despite Trump’s statement, has attempted to distance himself from ownership of the publication, stating that his children bought the paper and “I don’t have anything to do with it.”