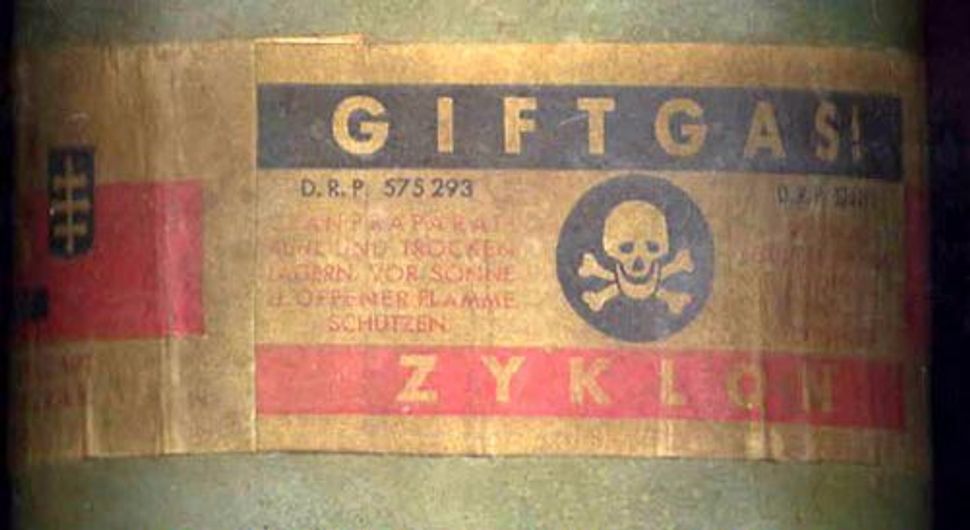 — Czech Jews protested the naming of a children’s volleyball team after the poison that Nazis used to kill Jews and Roma in gas chambers during the Holocaust.

The team Cyklon B – the Czech-language transliteration for the Zyklon B pesticide that the Nazis used — participated recently in a Prague tournament featuring teams from Czech Republic orphanages.

Fans at the tournament, which was sponsored by the ING Bank Fund of the Tereza Maxová Foundation, shouted “Go Cyklon B,” the Pravo daily reported Thursday.

Tomas Jelinek, a former leader of the Jewish Community in Prague, told the daily that the Cyklon B team from an orphanage in Dolni Pocernice, an eastern suburb of Prague, had also played against a team of Roma players.

The Czech Freedom Fighters Association condemned the choice of name.

“The error involving the name Cyklon B for a children’s sports team is primarily the responsibility of adults and their ignorance, and I would term it stupidity,” Emil Kulfánek, vice chairman of the association, told Pravo.

Jindra Machačová, the president of the fund that organizes the annual tournament, which took place for the fourth time, apologized for the incident.

A director of one of the orphanages that participated in the match said the name had been selected by an athlete from the team, a minor, and was not changed in time.