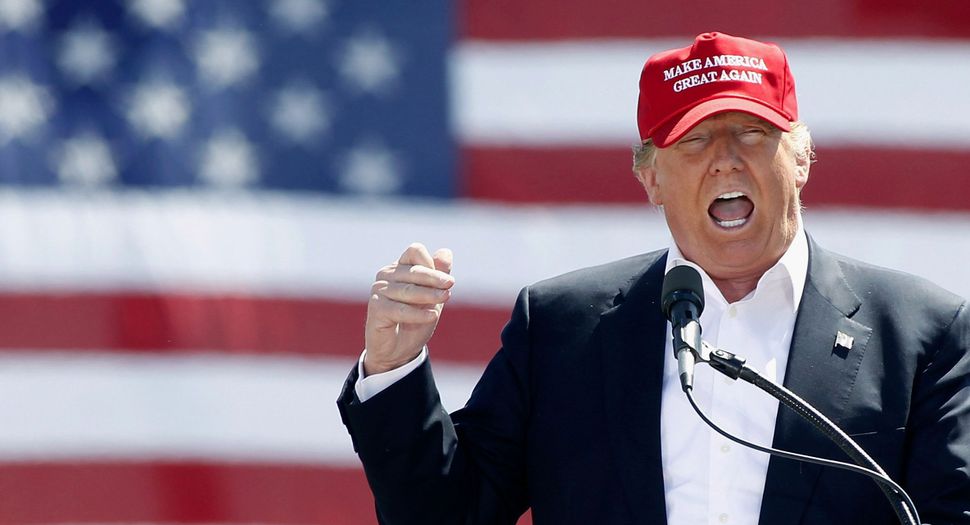 Trump “would often equate that she was mentally retarded,” an unnamed source told the news site, which based its reporting on interviews with three longtime staffers who worked on Matlin’s season of “Celebrity Apprentice.” They spoke anonymously, citing fear of legal retribution for violating their contractual non-disclosure clause.

They said Trump would regularly disrespect the actress and would treat her as if she were mentally disabled, sometimes behind her back but at other times to her face.

Trump “would make fun of her voice. It actually sounded a lot like what he did [to] the New York Times guy,” one source told The Daily Beast, referring to the candidate’s impression of Serge Kovaleski, a disabled journalist. “Like, to make it seem like she was mentally not there? Sounded like he got a real kick out of it. It was really upsetting,” the source added.

The allegation comes on the heels of a rash of sexual harassment and assault accusations against Trump, as well as other allegations from a former “Apprentice” contestant, Richard Hatch, who claimed Trump also made lewd remarks to Matlin during taping.

Matlin declined to comment on her time on the show, according to The Daily Beast.

Last year, she praised Trump in an interview with the New York Post.

“He treated me with respect and humor and was always looking after me,” she said.

Asked at the time if she was ready for a President Trump, she deflected, saying that “anyone can run for president.”

Last week, Trump distanced himself from lewd comments about women he made a decade ago, and which were published by The Washington Post. In the recording, which Trump said was of “locker room banter” that does not reflect his personality, Trump recounts to the television personality Billy Bush of “Access Hollywood” how he once pursued a married woman and “moved on her like a bitch, but I couldn’t get there,” expressing regret that they did not have sex.

He brags of a special status with women: Because he was “a star,” he said, he could “grab them by the pussy” whenever he wanted.