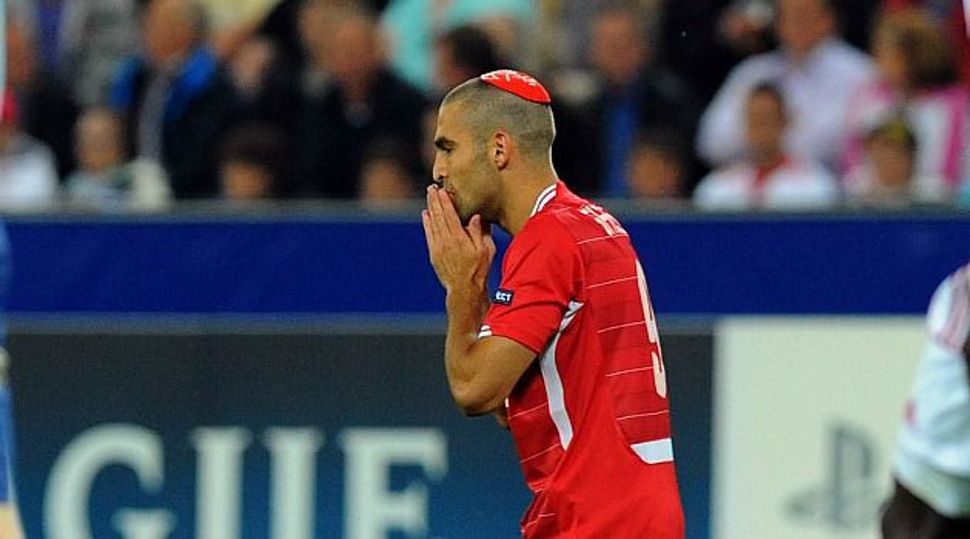 The governing body of international soccer, FIFA, did not reach a decision on preventing Israeli teams from playing in West Bank settlements.

The organization was expected to discuss the issue at its executive committee meeting, which ended on Friday, but did not make any decisions, Haaretz reported. It was to have considered a special committees recommendations and come up with a solution to be presented at the FIFA world congress, scheduled for May 2017.

Human Rights Watch said it had conducted an investigation of the Israel Football Association, a FIFA member, and found that the group holds games in West Bank settlements “on land unlawfully taken from Palestinians.”

New FIFA President Gianni Infantino earlier this month told the French news agency AFP that he would make finding a resolution to the conflict over West Bank Israeli soccer teams “a priority.”