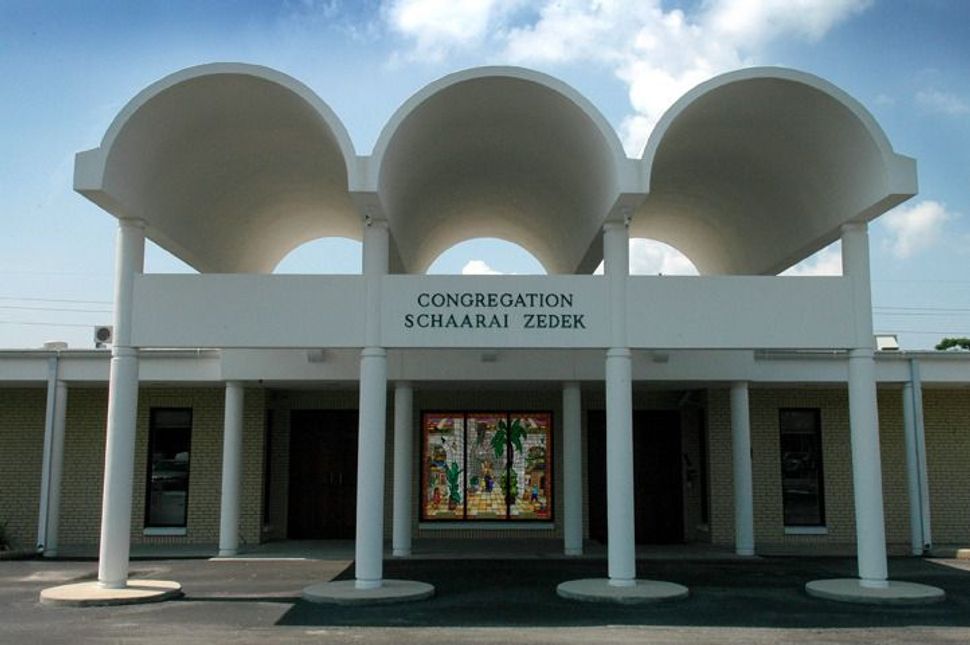 — An American flag was desecrated with anti-Semitic messages and then thrown in front of a synagogue in Tampa, Florida.

Messages on the flag, discovered on a wall in front of Congregation Schaarai Zedek in south Tampa, blamed Jews for media bias and immigration policies, WTSP, the Tampa-area CBS affiliate, reported.

The flag was discovered on Saturday afternoon in front of the more than 100-year-old Reform synagogue, which has a membership of 1,100 families.

“There’s a lot going on in the world and a lot of different opinions and people become frustrated and I think this was a voice of frustration,” the congregation’s rabbi, Richard Birnholz, told WTSP.

Tampa police are investigating the incident. They told local media they are not releasing a photo of the flag or the exact words written on it, in order to help the investigation.