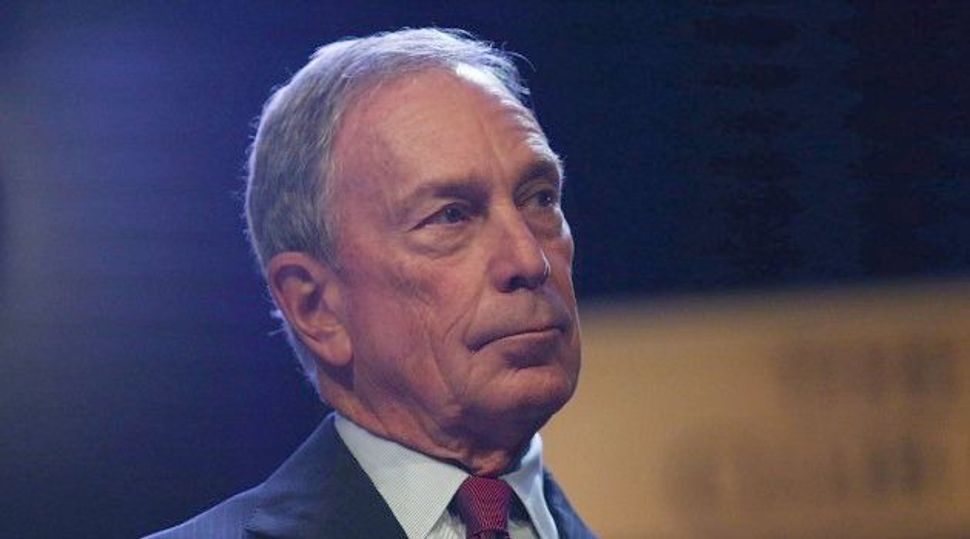 The contribution, announced Tuesday, is the single largest in the museum’s history and will fund an endowment to support the institution’s education division that is now named the William and Charlotte Bloomberg Science Education Center, in honor of his parents.

Bloomberg, who grew up in a Jewish family in Medford, a Boston suburb located a few miles from the museum, recalled traveling on his own every Saturday morning by bus and subway to visit the museum and attend its educational programs.

“I know how important this Museum is and what an impact it can have on young people — because I was one of those young people,” Bloomberg said in a statement published on the museum’s website.

“Those mornings were the highlight of my weeks—and they helped define the course of my life,” Bloomberg said. “The Museum of Science is where I learned to ask questions, to recognize just how much there is to learn about the world, and to follow science wherever it leads.”

“We are thrilled by Mike’s extraordinary generosity,” said Museum president and director, Ioannis Miaoulis. “With his gift, he is investing in young people — in making a new generation of critical thinkers. This generous gift dramatically expands our capacity to make science, technology, engineering, and math (STEM) accessible to all,” Ioannis said in the statement.

In the past decade, Bloomberg supported other initiatives at the museum including the renovation of the Charles Hayden Planetarium and student field trips and internships, the Boston Globe reported.

Over the years, Bloomberg has honored his parents and his mother with several donations to local institutions and Jewish causes including a $1 million donation to Temple Shalom in Medford, the family’s synagogue. The three-term mayor’s mother, Charlotte, was a regular attendee and a beloved, long-time synagogue leader up until the last years of her life. She died in 2011, at the age of 102. In 2003, Michael Bloomberg established a maternity and pediatric center in her name at Hadassah Hospital in Israel.