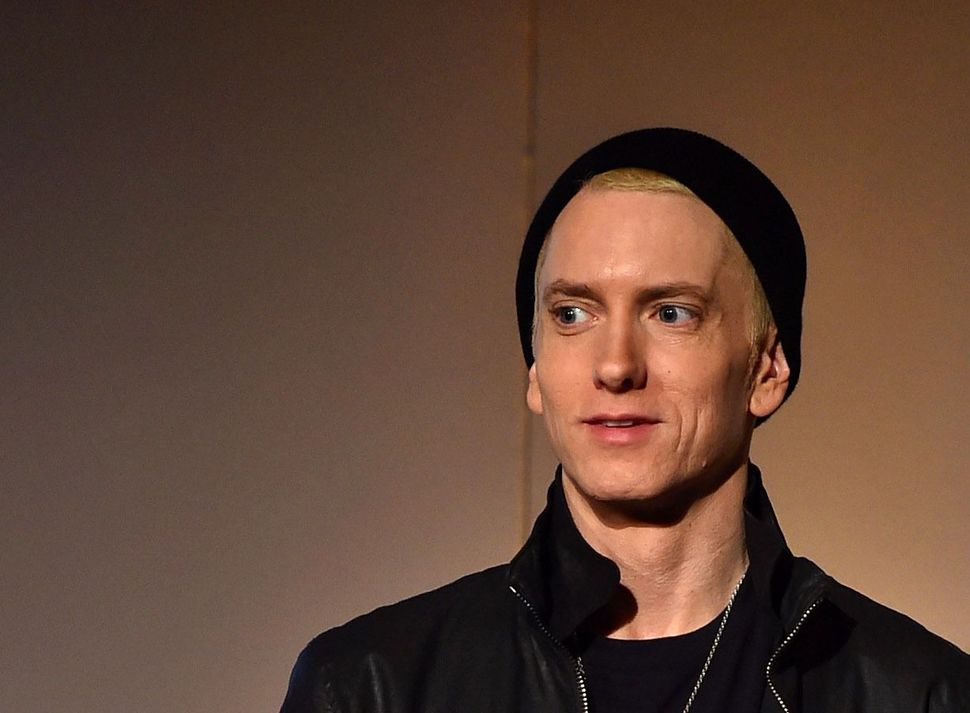 With groping allegations swirling around Donald Trump, rapper Eminem’s out with the cutting single, “Campaign Speech,” taking aim at the Republican nominee. And white supremacist David Duke is not happy about it.

“Consider me a dangerous man. But you should be afraid of this dang candidate,” Eminem sang on the track, describing Trump as “a fuckin’ loose cannon who’s blunt with his hand on the button.” He also sarcastically referred to the election of Trump as a “good idea.”

Duke, a career political candidate, former Ku Klux Klan grand wizard, and international face of race hatred, blamed the Jews for the single, tweeting, “Eminem is a puppet of (((Paul Rosenberg))) and (((Jimmy Iovine))) – For years Eminem has been poisoning the minds of our youth. #rigged”

Rosenberg is the rapper’s manager. Iovine is his producer. Both are Jewish.

Now mounting a quixotic Senate bid in Louisiana, Duke has gained more attention in this election season due to the rise of the ‘alt-right,’ whose racially charged political appeals have been incorporated into the Trump campaign.

In characteristic fashion, Duke has previously blamed Jews for attacks on the Trump campaign and the candidate’s various faux pas.

Back in June, when the Republican nominee said that federal judge Gonzalo Curiel should be removed from the Trump University case due to his Mexican heritage, Duke attributed the controversy to a Jewish media conspiracy.

“The Jewish establishment is absolutely zeroing in now on Donald Trump,” he said on his radio show then. “The viciousness of these Jews is unbelievable.”

When Melania Trump caused a storm at the July Republican National Convention by cribbing lines from an old Michelle Obama speech, Duke had a similar explanation.

“I would bet a gefilte fish that this was sabotage. I would also bet a bagel it was orchestrated by an Israel Firster who wanted to damage the American Firster,” he said.