Half of Intermarried Couples Wed by Non-Religious Officiants 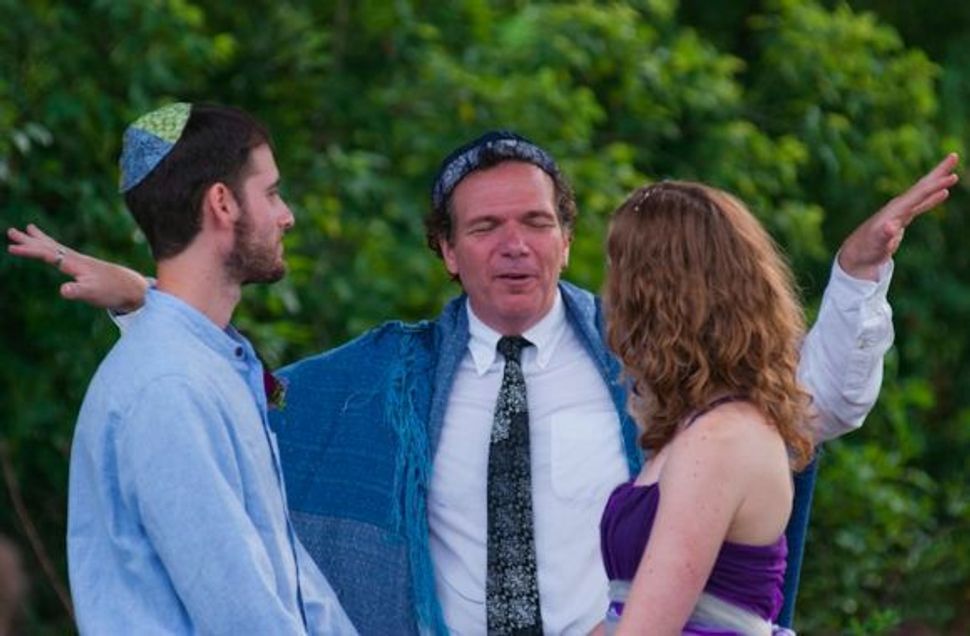 NEW YORK — Nearly one quarter of intermarried couples were wed exclusively by a Jewish clergy member, a new study has found.

Among marriages where both spouses were Jewish, the study found that 91 percent were conducted by Jewish clergy only.

The lead author of the study was Leonard Saxe, who heads the university’s Cohen Center for Modern Jewish Studies.

A separate study released Wednesday by the Pew Research Center found that 21 percent of U.S. adults were raised by parents of two different religions. Most of those couples included one parent affiliated with a religion and one unaffiliated parent. The Pew survey did not separate data on Jewish Americans.

According to the 2013 Pew study of American Jews, the intermarriage rate among Jews married after 2000 was 58 percent, and jumped to 71 percent among non-Orthodox Jews.

The Pew study was discussed Wednesday in Philadelphia at the Interfaith Opportunity Summit, organized by InterfaithFamily in partnership with the Jewish Funders Network and the Jewish Federations of North America. The summit is focused on engaging interfaith families in the Jewish community.

Half of Intermarried Couples Wed by Non-Religious Officiants