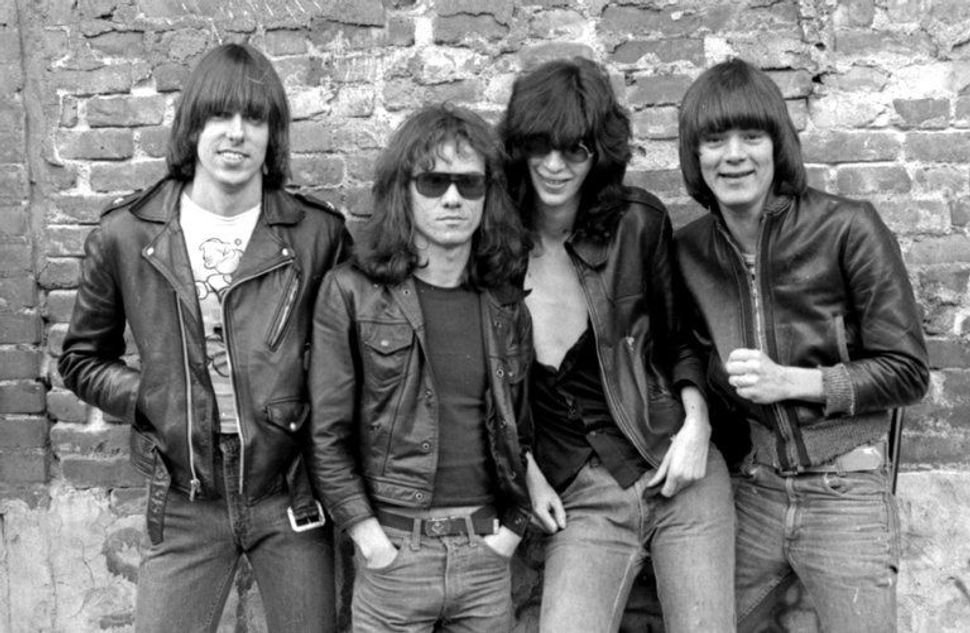 None of the Ramones were the most dedicated students, preferring to rock out than to attend classes. But come Sunday, the news site DNAInfo reported, the street in front of the place where the four original members met, Forest Hills High School, will be renamed ‘Ramones Way’ in honor of the innovative punk rock band.

The honor comes at the behest of City Council Karen Koslowitz, who convinced City Hall to rename the intersection, located at 67th Avenue and 110th Street in Queens. Before they were the Ramones, Jeffrey Hyman (Joey Ramone), Thomas Erdelyi (Tommy Ramone), Douglas Colvin (Dee Dee Ramone), and John Cummings (Johnny Ramone) — walked past that corner on the regular as they went to high school in the late ‘60’s.

After some false starts, the band rocketed to huge commercial success in the ‘70’s and ‘80’s, adding a few members along the way. Classics include “Rockaway Beach,” “Blitzkrieg Bop,” and “I Wanna Be Sedated.”

Mickey Leigh, a fellow rocker and Joey Ramone’s brother, praised the renaming move on Facebook. It’s been a long time coming, and the time has come today,” he wrote. “I’m so THRILLED that it’s actually happening. And, so PROUD of the four guys who made such an amazing impact on the world.”

The original members of the Ramones are now all deceased, having succumbed early to cancer or drug overdose. They’re not the only alums of Forest Hills High to become music greats — Paul Simon and Art Garfunkel attended the school in the ‘50’s.

Leigh thanked Ramones fans and local politicians for the honor.

“I’m thankful, not only to our neighborhood friends, but to the global legion of Ramones fans for supporting and urging me to persist in nudging the community board and Queens council people to make this happen,” he wrote.