Holocaust Survivor Fights Off Mugger, Gets Letter From Hillary Clinton 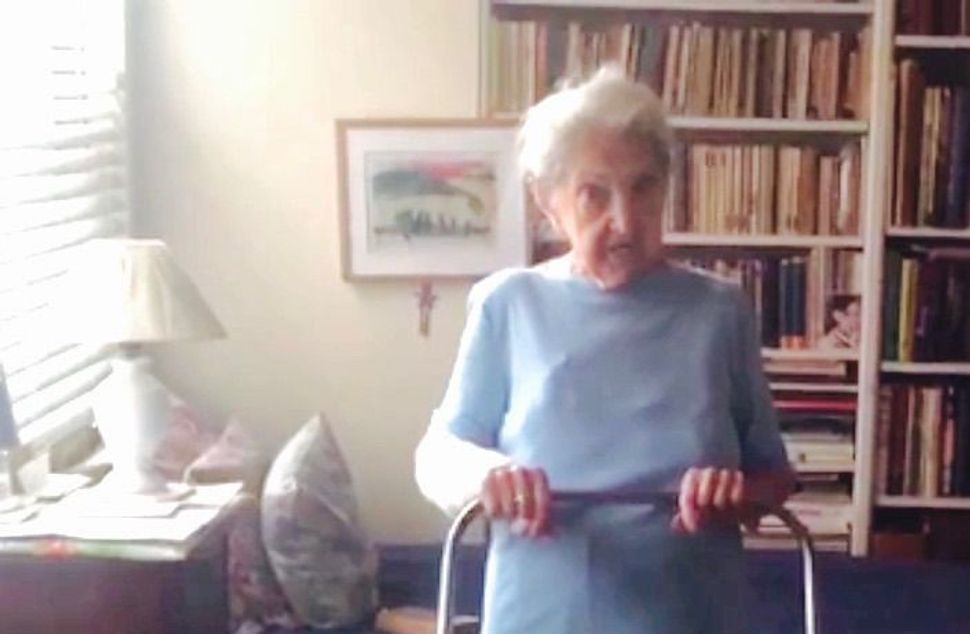 Image by Screenshot From New York Post Video, via JTA

( a woman trying to steal her purse received a letter from Hillary Clinton.

Gina Zuckerman held on to her purse while sustaining injuries in the mugging attack in New York’s Greenwich Village neighborhood last month. In addition to Clinton’s letter, she received a proclamation from New York State Sen. Brad Hoylman on Thursday, DNAinfo reported.

“This was the most wonderful day of my life,” Zuckerman told DNAinfo after receiving Hoylman’s framed proclamation, which honors her for “bravery in standing her ground,” at the New York City senior center where she volunteers.

According to reports, a large woman attacked Zuckerman on Sept. 27 and dug her nails into her arm, causing her to bleed. Zuckerman was thrown to the ground but escaped with her purse.

“You are, indeed, a fighter!” Clinton writes in the letter, which was dated Oct. 3.

Clinton also thanked Zuckerman for supporting her over Donald Trump, whom Zuckerman called “rude” in an interview after the mugging attack.

“I agree, I don’t like rude people either,” the letter says.

Zuckerman, born in Poland, spent six years during World War II in a German labor camp. She has lived in New York for the past 60 years.

“Your life story is an inspiration,” the letter reads. “In many ways, you remind me of my mother, and your tenacity and optimism bring a smile to my face.”

Holocaust Survivor Fights Off Mugger, Gets Letter From Hillary Clinton