Trump Supporter Chants ‘Jew-S-A’ Instead of ‘U.S.A.’ at Phoenix Rally 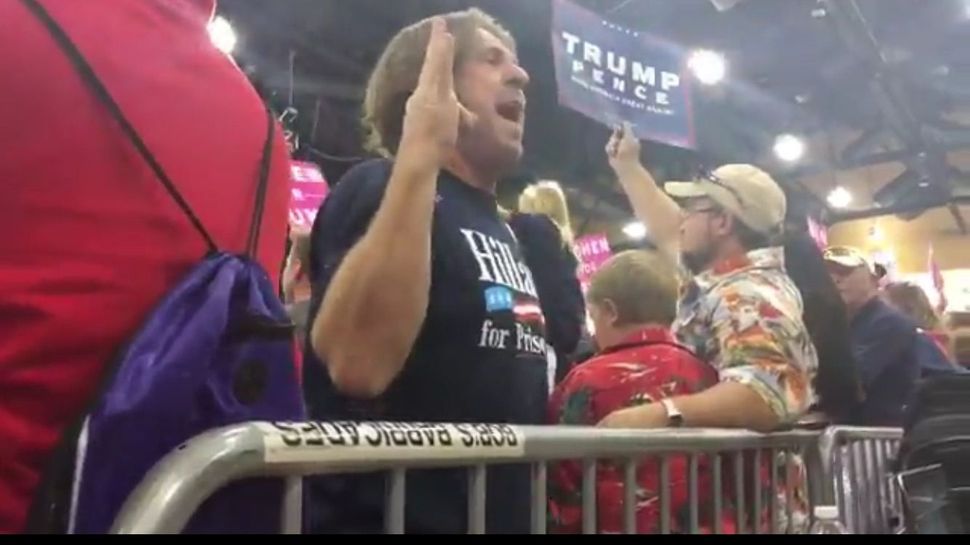 At a feisty Donald Trump rally in Phoenix Arizona, where supporters were chanting “Lock her up” as their candidate discussed Obamacare, one man decided to chant anti-Semitic comments at the press.

Wearing a T-shirt suggesting that Hillary go to prison (made by the Infowars website which is run by Alex Jones, the conspiracy theorist who Slate suggests is now a full on public anti-Semite) the middle aged white Trump supporter chanted vehemently “Jew-S-A” at the press corps.

Hope Hicks, the Trump campaign’s press secretary, released a statement saying that his campaign “strongly condemns this kind of rhetoric and behavior. It’s not acceptable at our rallies or elsewhere.”

The event happened three days after David Friedman, an adviser on Israel to the Trump presidential campaign, told Israeli television that there is no anti-Semitic sentiment among Trump supporters.

Trump Supporter Chants ‘Jew-S-A’ Instead of ‘U.S.A.’ at Phoenix Rally