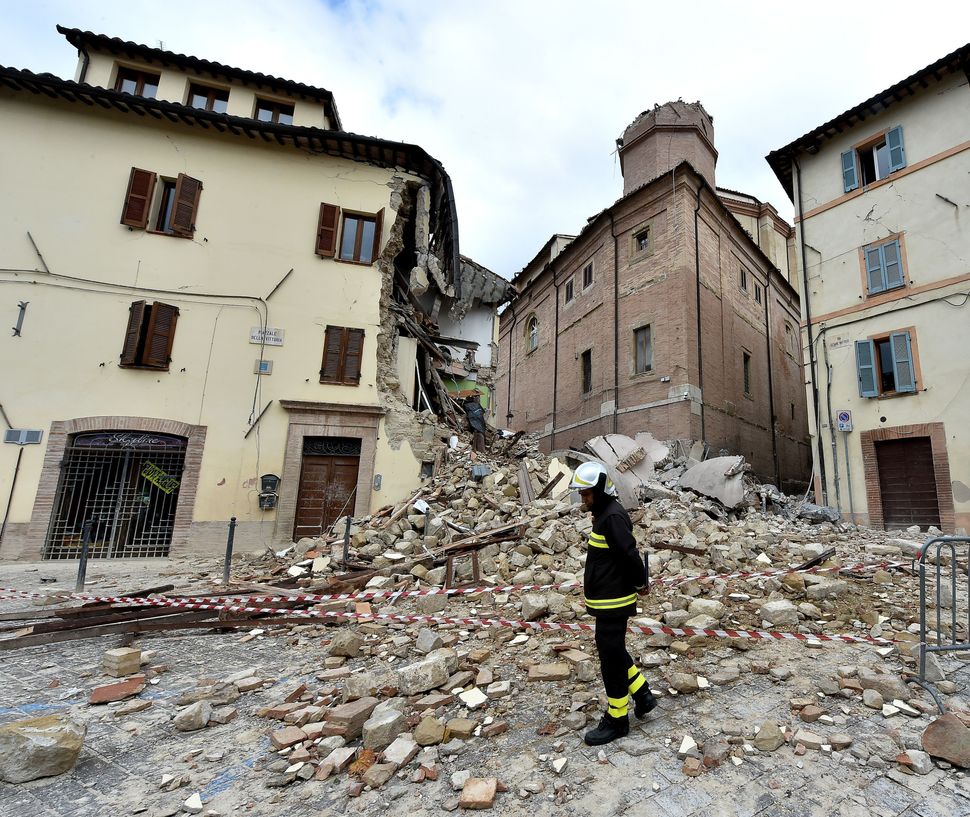 ROME – On the eve of a state visit to Israel by Italy’s president, a furor erupted over remarks by an Israeli lawmaker that suggested Wednesday’s pair of earthquakes in Italy was divine retribution for Italy’s abstention in the recent UNESCO vote denying Jewish ties to the Temple Mount.

Italy’s President Sergio Mattarella flew to Israel Saturday evening for a state visit to Israel and the Palestinian Authority.

Hours later, a new earthquake measuring 6.6 on the Richter scale struck Italy again in the center of the country. The new temblor reportedly brought down more buildings, but no new deaths have been reported. At Sunday’s weekly Cabinet meeting, Israeli Prime Minister Benjamin Netanyahu announced that Israel was ready and willing to send assistance. “We do not know what the effects of these earthquakes will be, but the State of Israel is prepared and we are ready to help our Italian friends,” he said.

Likud Knesset member Ayoub Kara, an Israeli Druze who also serves as deputy minister for regional cooperation, visited Italy and the Vatican this past week and met briefly with Pope Francis Wednesday on the margins of the pope’s general audience.

Two strong tremors hit central Italy Wednesday evening, causing further damage in a region hit by a powerful quake in August. Kara was quoted by Israeli media on Friday as saying, “I’m sure that the earthquake happened due to the UNESCO decision, that the pope disliked and even spoke publicly stating that the Holy Land belongs to the people of Israel.”

This apparently referred to a passage in the pope’s address at the Wednesday audience, which focused on migration. As one of several examples of migration found in the Bible, the pontiff mentioned “the people of Israel, who from Egypt, where they were enslaved, walked through the desert for forty years until they reached the land promised by God.”

An Israeli Foreign Ministry statement condemned Kara’s remarks, saying they were “inappropriate and should not have been pronounced.” According to the statement: “What Deputy Minister Kara said does not reflect the strength of the relations between Israel and Italy, both nations and their governments alike.”

Earlier this month Italy’s Prime Minister Matteo Renzi had told a radio interviewer that the UNESCO resolution was “incomprehensible, unacceptable, and mistaken” and said he had “expressly asked” Italy’s representatives to “stop it with these positions. One cannot continue with their motions finalized to attack Israel.”