In an effort to counter claims that his list of supporter is short on intellectuals, Donald Trump, scholars supporting his run for presidency are collecting signatures on a statement endorsing the Republican candidate.

According to a Daily Caller report from Friday, more than 50 scholars have joined the statement, saying that, “supporters of the Trump agenda are by no means limited to the badly educated and ill-informed.”

But among the organizers of the scholars list is one name that stands out: Dr. Boyd Cathey, who, according to the Southern Poverty Law Center was “involved in several extremist movements, including ‘radical traditionalist Catholicism,’ Holocaust denial and the neo-Confederate movement.”

Cathey, a North Carolina archivist, is associated with the anti-Semitic group known as the “Institute for Historical Review.” He sat on the advisory committee of the institute’s Journal for Historical Review, which is described by SPLC as “the world’s leading Holocaust denial organization.” 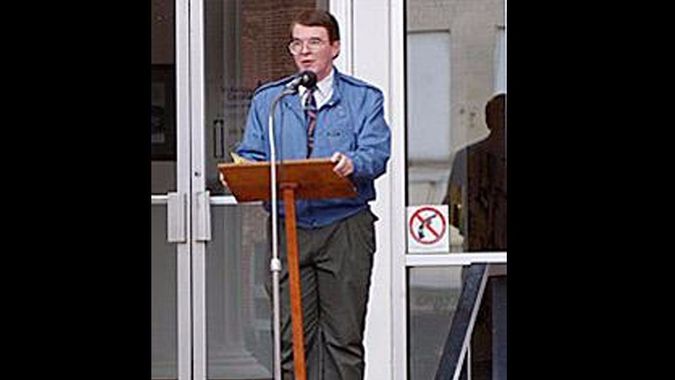 Cathey’s main focus is net-confederate revisionism, but has made anti-Semitic statements throughout the years. He argued that anything he might say “dealing with Wagner, Judaism and Germany, whether reasonable or not, would probably get me exiled even deeper into the realms of the prejudiced unwashed,” before recommending reading the anti-Semitic writings of Kevin MacDonald.

A spokesperson for the Trump campaign did not respond to question regarding Cathey’s endorsement.

The scholars behind the letter are seem cognizant of their unique position in their professional circles, which have, by and large, rejected Trump. “We are fully aware that signing this statement will not bring the signatory the same professional rewards as speaking at a conference on why Trump is a ‘fascist’ or on why he reminds one of the late German Fuhrer,” wrote Cathey, and fellow organizers Dr. Paul Gottfried and Dr. Walter Block. “Expressing support for the Republican presidential candidate undoubtedly requires more courage, particularly for someone in the academic profession.”