VIDEO: Ivanka Trump Visits the Grave of the Chabad Rebbe 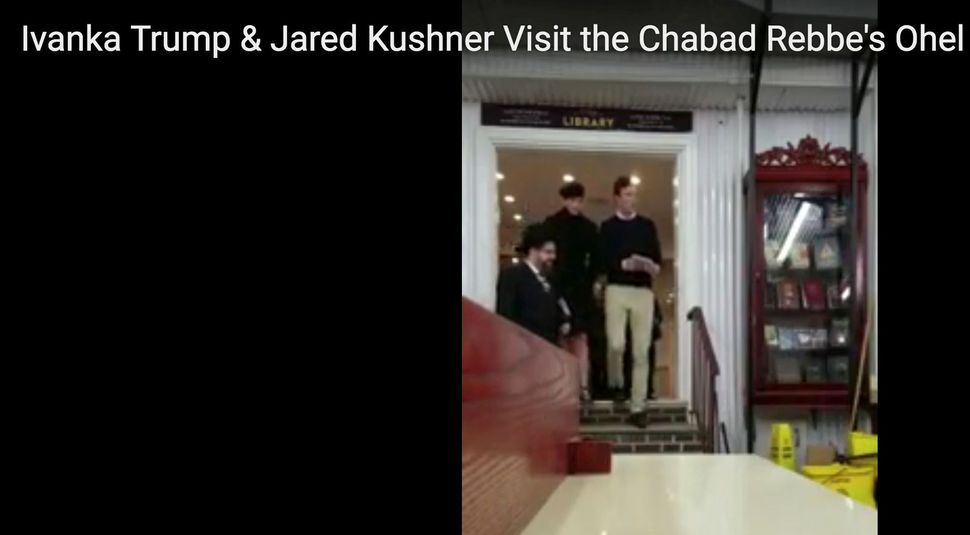 Ivanka Trump, along with her husband Jared Kushner, visited the grave of the Lubavitcher Rebbe, reportedly to pray for help for her father in Tuesday’s general election.

After the end of Sabbath they went to visit the grave, reported Alison Kaplan Sommer in Haaretz. The Ohel, as it is known, is regarded by the Chabad sect as a holy site where praying at the graveside of the former leader can help supplicants.

Yeshiva World News speculated that a security scare in Nevada where reactions to a man carrying a “Republicans Against Trump” banner caused a Secret Service scare.

One tweet claimed that the Rebbe’s blessings were so powerful that they prevented an attack.

VIDEO: Ivanka Trump Visits the Grave of the Chabad Rebbe