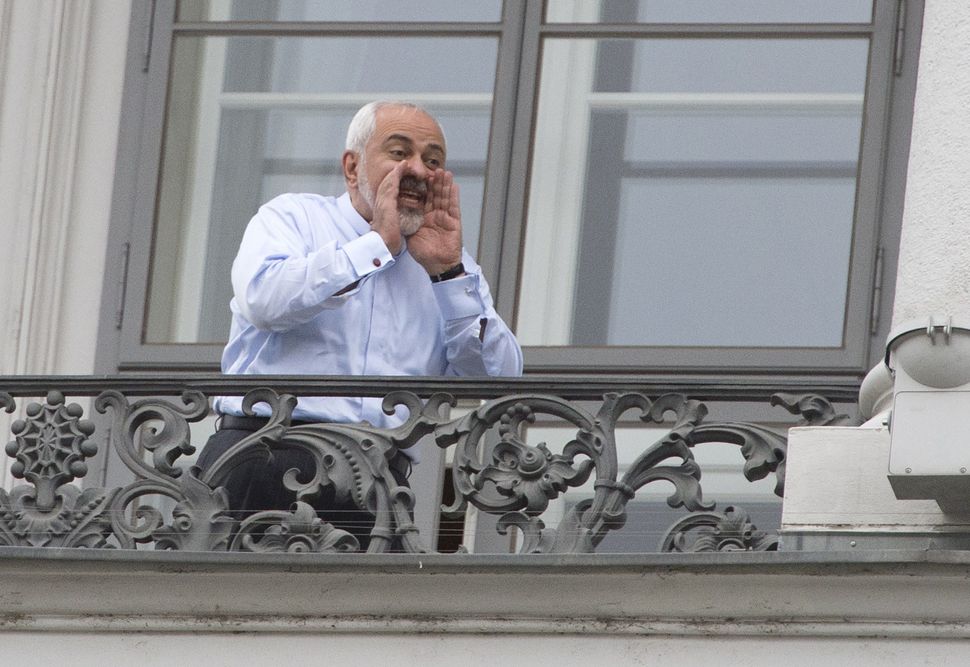 Iran wants all parties to stick to an international nuclear deal but has options if that does not happen, its foreign minister said on Thursday after the U.S. election victory of Donald Trump, who has vowed to pull out of the pact.

“Of course Iran’s options are not limited but our hope and our desire and our preference is for the full implementation of the nuclear agreement, which is not bilateral for one side to be able to scrap,” Foreign Minister Mohammad Javad Zarif said.

President Barack Obama’s outgoing administration touted the July 2015 deal reached between Iran and six world powers as a way to pre-empt Tehran’s suspected drive to develop atomic weapons by curbing its enrichment of uranium. In return Obama, a Democrat, agreed to a lifting of sanctions on Iran.

The Republican Trump called the nuclear pact a “disaster” and “the worst deal ever negotiated” during his election campaign and said it could lead to a “nuclear holocaust.”

The accord removed sanctions in return for Iran reducing the number of its uranium-enrichment centrifuges by two-thirds, capping its level of uranium enrichment well below the level needed for bomb-grade material, reducing its enriched uranium stockpile, and accepting U.N. inspections to verify compliance.

“Our strong preference as a party that has remained fully committed and implemented its side of the bargain (…) is for every member and participant and for international community to continue to remain committed to the agreement,” Zarif a news conference in Bratislava after meeting his Slovak counterpart Miroslav Lajcak.

“But it doesn’t mean we don’t have other options if the USA unwisely decides to move away from its obligations under the agreement,” he said when asked whether Tehran would start enrichment again if the Trump administration ditched the deal.

When asked whether he hoped for a similarly good working relationship with Trump’s future secretary of state as he had with the outgoing John Kerry, Zarif said it would not be necessary.

“We had a long nuclear negotiation between Iran and the United States. I do not expect another negotiation, certainly not on the nuclear issue, but nor on any other subjects so that I would need to establish a same type of contact with the new secretary of state, whoever that may be,” he said.

Former U.S. House of Representatives speaker Newt Gingrich – who has said he would renegotiate the nuclear deal with Iran, has been floated as a potential secretary of state under Trump, political sources said.—Reuters