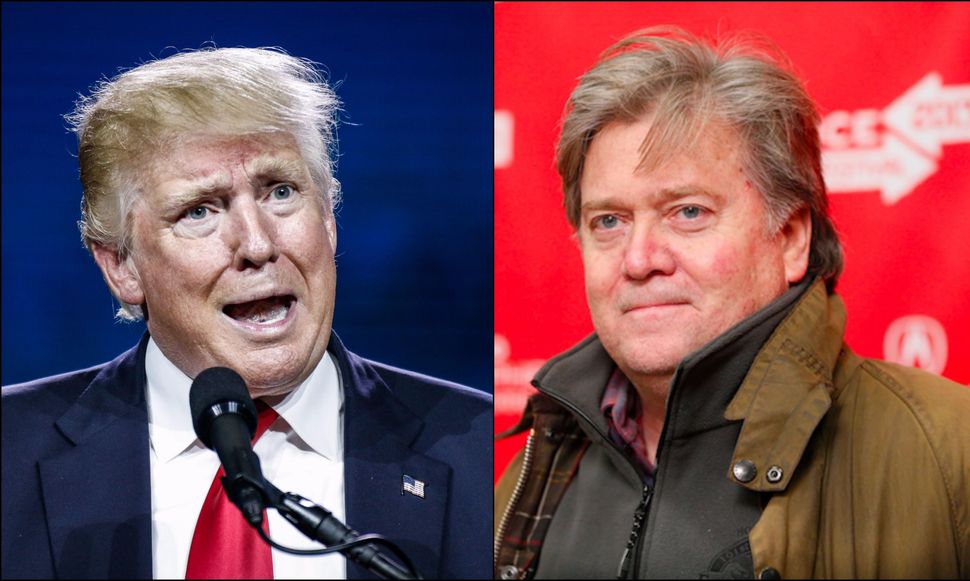 Steve Bannon feels he is misunderstood — and the alt-right movement too.

The former Breitbart News chief who has come under fire after being appointed chief strategist in the Donald Trump White House, believes that the right wing elements he represents aren’t getting a fair shake.

“These people are patriots,” Bannon said in a New York Times interview, his first response since the announcement of his future position. “They love their country. They just want their country taken care of.”

Bannon declared that he rejects “ethno nationalist” sentiments some in the movement espouse and said his own focus is on countering globalization by focusing on American nationalism and populism.

And what about the anti-Semitic and racist talk that has been an integral part of Breitbart News during his tenure?

People holding these views, according to Bannon, are marginal.

“It’s not that some people on the margins, as in any movement, aren’t bad guys — racists, anti-Semites,” Bannon said. “But that’s irrelevant.”

A recent endorsement Bannon received from former Ku Klux Klan leader David Duke and from the American Nazi party, won’t make it any easier convincing America that these voices are “irrelevant.”