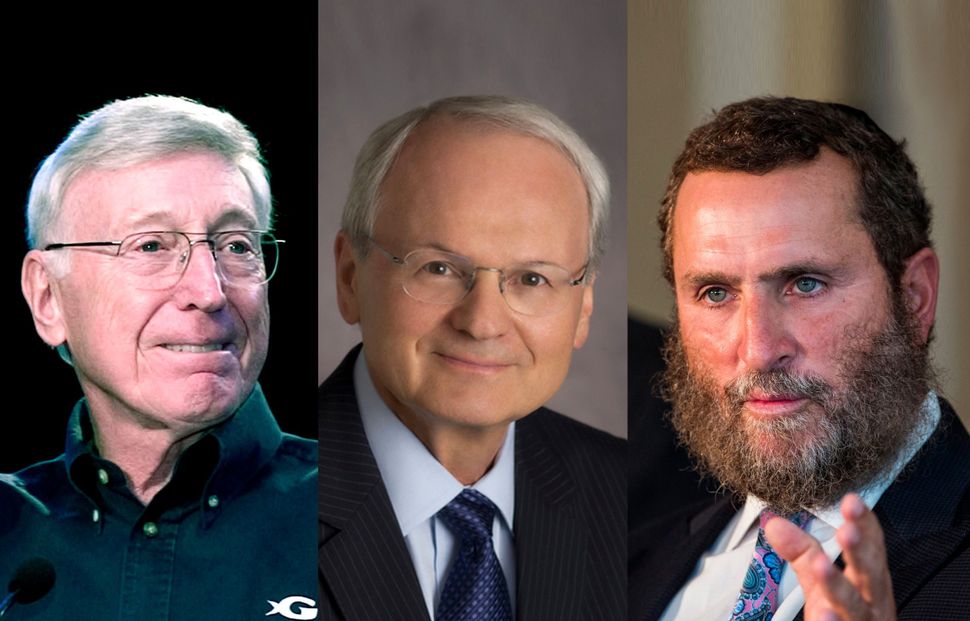 President-elect Donald Trump’s decision to make former Breitbart News CEO Steve Bannon his chief strategist has triggered a Jew vs. Jew battle — and the Anti-Defamation League is squarely in the crosshairs.

The ADL condemned Bannon’s appointment on the grounds that he grew Breitbart’s audience by turning it into a destination for white nationalists and racists, including anti-Semites. Bannon’s supporters — the Zionist Organization of America, the Republican Jewish Coalition, and Rabbi Shmuley Boteach — are characterizing the ADL’s criticism as an attack on him personally, as an anti-Semite. They are countering that charge by vouching for his Zionist credentials and his treatment of individual Jews.

Since his the announcement of his appointment, Bannon has received support from several prominent Jews, who have pointed out that from their experience of him, he is not an anti-Semite, and he is a friend of Israel.

Klein detailed his positive experience working with Bannon against a planned anti-Israel campus protest and called on the ADL to “withdraw and apologize for their inappropriate character assassination of Mr. Bannon and Breitbart Media.”

Indeed, Bannon will be attending the ZOA’s upcoming gala to thank the organization for standing up for him, Klein said.

The Republican Jewish Coalition approached the controversy cautiously at first: “I’ve never met Steve Bannon. I’ve never talked to Steve Bannon. There’s a lot of stuff out there about Bannon that I don’t know,” said the group’s executive director, Matt Brooks, on November 14 at the JFNA General Assembly in Washington. Brooks promised, however, that “the people who have worked with Bannon… said there’s absolutely not an inch of an anti-Semitic bone in Steve Bannon’s body.”

But by the next day, after the ADL and other organizations denounced Trump for appointing Bannon to a top White House position, the RJC found its voice in the form of board member Bernie Marcus. An Atlanta businessman who co-founded Home Depot and is a top Republican donor, Marcus used RJC stationery to write his message on Bannon’s behalf.

“I have known Steve Bannon for many years. I have been shocked and saddened to see the recent personal attacks on Steve,” wrote RJC board member Bernie Marcus. Marcus, an Atlanta businessman who co-founded Home Depot and is a top Republican funder. “What is being done to Steve Bannon is a shonda,” Marcus concluded, using the Yiddish term for a shameful act carried out by Jews.

In response, ADL’s vice president for communications Todd Gutnick said: “For more than 100 years, ADL has monitored and called out anti-Semitism wherever and whoever the source. We will continue that mission in the days and years ahead.”

Writing in The Hill on November 15, Boteach also took aim at the ADL and its national director. In an open letter to Greenblatt, Boteach argued against the claim that Bannon, or Breitbart News, should be considered anti-Semitic.

Boteach sought tried to turn the tables on the ADL, saying it should have scrutinized Hillary Clinton in the same way for some aides who have criticized Israel.

“Hillary Clinton had many advisers … who seem to have escaped censure,” Boteach wrote,