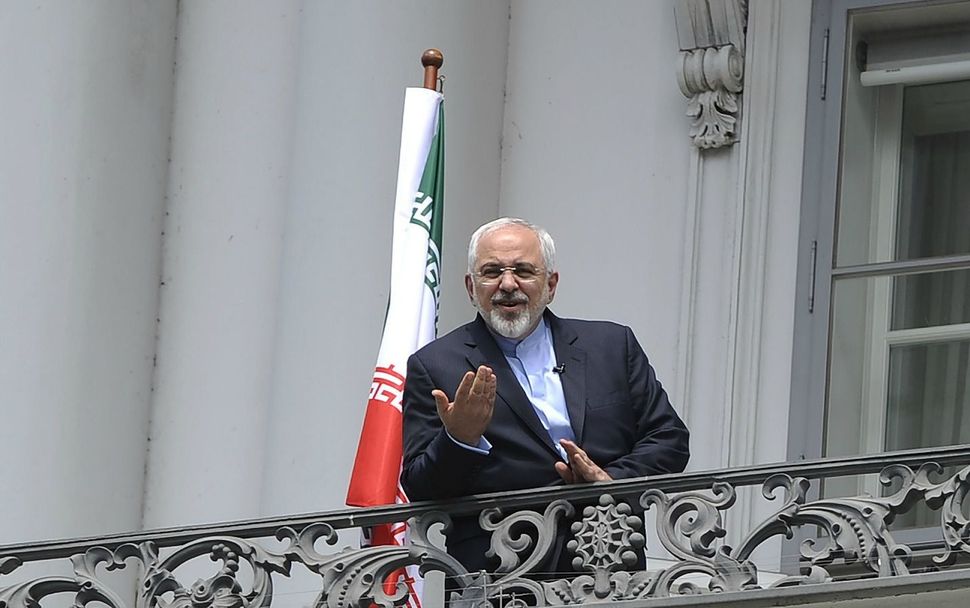 WASHINGTON — The U.S. House of Representatives approved an extension for 10 years of Iran sanctions, including many currently under waiver as part of the Iran nuclear deal, a move that could pave the way for President-elect Donald Trump to pull out of the deal.

The bill approved late Tuesday by the House simply extends existing Iran sanctions for a decade, to the end of 2026. They were due to expire on Dec. 31, 2016.

The American Israel Public Affairs Committee, in a statement, urged the Senate to pass a companion bill. Congress is in its lame duck session, and there are not many working days left before the sanctions lapse on Dec. 31. President Barack Obama, who is leaving office, has said he would not oppose such an extension.

The Iran Sanctions Act “provides the basic architecture of U.S. sanctions on Iran’s nuclear program and other dangerous activities, including its support of terrorism, illegal arms trade and illicit ballistic missile program,” AIPAC said in a statement thanking the House for approving the extension. AIPAC vigorously opposes the deal and worked unsuccsessfully to get Congress to kill it last year.

Without renewal, pulling out of the deal could be more complicated, requiring proactive executive actions by Trump. Until recently, Democrats had wanted a clean reenactment of the kind passed Tuesday; Republicans had hoped to add provisions that would potentially have forced U.S. withdrawal from the deal, even without presidential action. The disagreement had delayed action on the sanctions.

Republicans conceived the strategy of adding further restrictions to existing sanctions anticipating a win by Hillary Clinton, Trump’s rival, who had vowed to uphold the deal. With Trump’s election, passing additions to the existing sanctions becomes less necessary for those who oppose the deal, because he has said he wants to renegotiate the deal, if not pull out of it entirely.

What happens in case of a U.S. pullout is not clear; Iran signed the deal with six major powers, and the other five could remain committed to the deal, even if the United States pulls out.

Complications embedded in a U.S. pullout involve third parties who have renewed dealings with Iran since the agreement went into place earlier this year, and who would be sanctioned once a president ended waivers. A Trump administration would have to decide whether to force U.S. entities not to do business with the third parties; that could be sensitive when the parties are in nations allied with the United States.