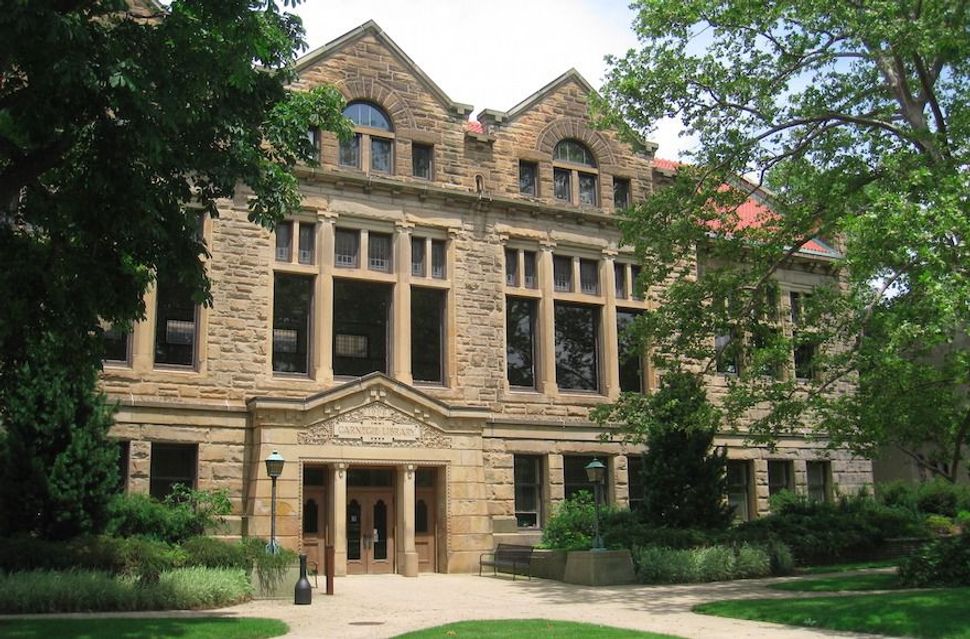 The home of a Jewish professor at Oberlin College was vandalized and a note “Gas Jew Die” left near his front door.

The professor has been identified by police as Benjamin Kuperman, an associate professor at the school and chair of the computer science department. The incident occurred early on Thursday morning.

Items on Kuperman’s front porch were damaged and the note, made of letters cut from newspapers, was stuck under the mezuzah affixed to the home’s doorpost, according to reports.

Oberlin Police Chief Juan Torres told Fox News that the act at the college, located about 35 miles southwest of Cleveland, has been elevated to a hate crime.

He also wrote that “this is a moment of great stress and consternation, both nationally and locally. We will need each other’s continued compassion and support at this time; please take care of yourselves, your families, and your loved ones. As our community grieves for the loss of dignity and personal/physical safety that comes with these sorts of vile attacks, these events also can galvanize us in our resolve to fight bigotry and hatred wherever and whenever they occur.”

Last week, an Oberlin College assistant professor whose anti-Semitic social media posts outraged many alumni and faculty earlier was dismissed by the college’s board of trustees.

Editor’s note: The original version of article stated that Benjamin Kuperman and his wife are Jewish. That was removed on March 16, 2021, after the family contacted the Forward and said they are not Jewish, and that the initial police report about the incident had incorrectly described them as such.