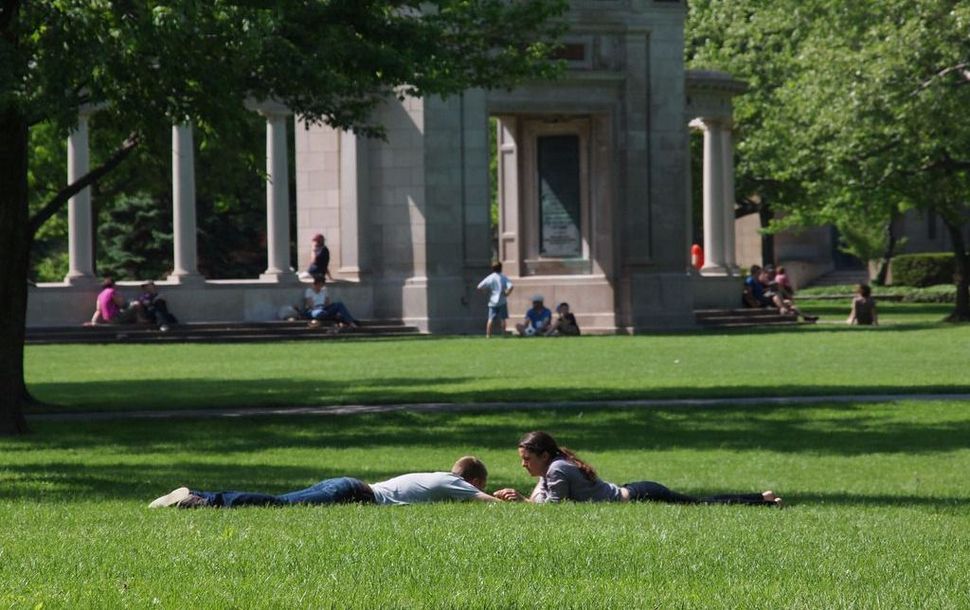 As a professor in Oberlin College’s politics department, I’m grateful to Chicago teacher Michael Soffer for the excellent opinion piece he published in these pages, Yes, grateful. Like many of my colleagues, I agree with every single point he made — except for the conclusion that students should stay away from our campus.

Soffer is right that Professor Karega’s posts were unambiguously anti-Semitic and redolent of the vicious rhetoric that contributed to the mass murder of Jews. He is also right, and even more perceptive, in arguing that the main problem in her case lies even more in the fact that her assertions are simply false, and for that reason are unworthy of Oberlin.

As a result of my intense conversations with colleagues and students on campus over the last week, I know that we are now working actively to deal with this unprecedented situation. We will do so fearlessly, but also in accordance with proper due process. That will take some time.

While we go forward, I want to assure prospective students of all backgrounds and inclinations that they remain safe in our hands, both intellectually and personally. Our faculty’s commitment to the core scholarly values of reason, logic and evidence remain as strong as ever.

We do have work to do around educating our students on anti-Semitism, and the current crisis is galvanizing us into doing it. Last week in these pages, Hadas Binyamini, a 2014 graduate, noted quite rightly that our Multicultural Resource Center has been silent on anti-Semitism. That is finally going to change.

And while our own Jewish students have argued that the social and political atmosphere for Jewish students remains overwhelmingly safe and supportive, Oberlin’s firm response to Professor Karega’s posts will enable us to deal much better with the small number of instances where, as on other campuses, the rhetoric and politics have become overheated.

In short, Oberlin remains, as always, an exhilarating center of progressive debate grounded in the highest academic standards. I’ve been privileged to be part of it for four decades, and I still don’t think there’s a better place for students of all backgrounds and inclinations.

Marc Blecher is a professor in the Department of Politics at Oberlin College.