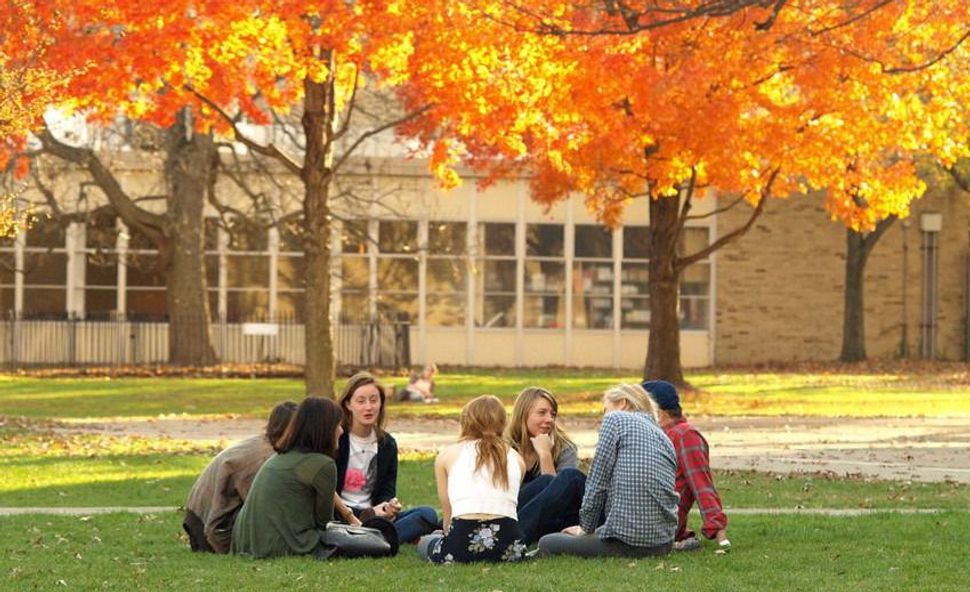 Even when the BDS debate reached a crescendo at Oberlin College in 2013, I never felt unsafe on campus. It’s true that as an Israeli-American junior, and as co-founder and co-chair of the college’s J Street U chapter, I was uncomfortable publicly identifying as a Zionist. But I had access to peers, administrators and college institutions, where I found validation of my personal concerns and support for my political views about Israel.

What I didn’t find at Oberlin were spaces to engage with prevalent forms of anti-Semitism that have . No tools were offered for students to critically examine American Jewish identity and to deconstruct anti-Semitic motifs relating to Jewish money, Jewish visibility in the media and academia, Jewish political power and Jewish white privilege. The recent controversy around Oberlin professor Joy Karega’s anti-Semitic Facebook posts shows that we are ill equipped to fight anti-Semitism that doesn’t relate to Israel.

Anti-BDS alumni and pro-BDS campus activists both derail efforts to combat anti-Semitism by focusing this conversation around Israel. Through their polemics, they reinforce the myth that Israel is the only point around which American Jewish identity can be expressed and debated.

On January 3, a group of Oberlin alumni calling itself “Oberlin Alumni and Students Against Anti-Semitism” issued a letter targeting the BDS movement as the source of anti-Semitic activity on campus. The alumni claimed that the primary goal of Oberlin Divests — the 2013 campaign led by Students for a Free Palestine, which urged the college to divest from companies that support the Israeli occupation — is not to defend Palestinian rights, but “to demonize the Jewish state.” Never engaging with the demands of BDS, the alumni group called it a “blatant form of hate speech and anti-Semitism.” SFP responded, writing that such accusations of anti-Semitism are used to intimidate pro-Palestinian activists.

Believe it or not, even Jewish advocates of BDS can experience anti-Semitism. Jewish students — committed leaders and members of the Palestinian solidarity movement — also face anti-Jewish oppression. Are we not concerned with the anti-Semitism that they experience? Judging by the alumni letter, and similar statements by American Jewish organizations, the answer is no. Instead of providing a plan of action to combat anti-Semitism, the alumni co-opt Jewish students’ experiences into an anti-BDS political agenda.

This has the destructive effect of excluding students with diverse views on Israel and Zionism from the Jewish community. In their letter, the alumni characterize the message of activist groups to Jewish students like this: “Either forfeit your allegiance to Israel and join us, or we will brand you as an enemy of justice and complicit in the oppression of the Palestinian people.” But their message can be similarly distilled: Either condemn BDS and join us in embracing Zionism, or we will brand you as self-hating Jews and exclude you from the Jewish community. 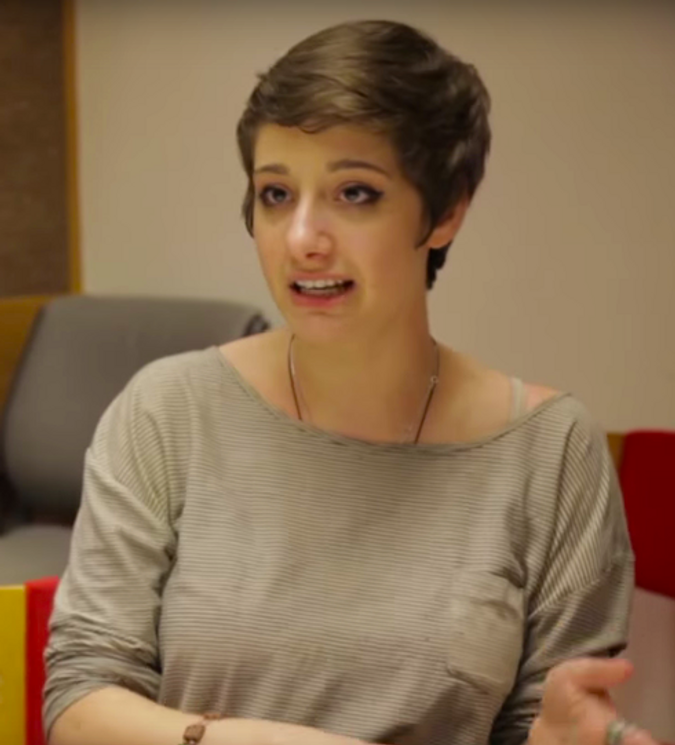 Just as the alumni failed to engage with the substance of BDS’s claims, SFP failed to critically consider accusations of anti-Semitism. In its response, SFP wrote that “confronting the realities of the occupation is uncomfortable and difficult, but it is not anti-Semitic.” That’s true: Anti-Zionism and anti-Semitism aren’t the same thing. But that’s no excuse for SFP’s decision to systematically dismiss Jewish students’ real concerns.

SFP has faced accusations of anti-Semitism on multiple occasions. And yet it has refused to acknowledge that anti-Semitism does exist in the Palestinian solidarity movement, or to examine how anti-Jewish oppression might be present in its efforts. In none of its statements does it validate or concede that some Jewish students’ concerns might not be rooted in a plot to repress Palestinian solidarity, but in SFP’s activism itself. This refusal to engage in self-reflection when it comes to anti-Semitism is emblematic of a broader campus attitude toward anti-Jewish oppression: boredom and impatience at best, and contempt and resentment at worst, when confronted with a Jew airing her or his discomfort.

Throughout campus discussions of divestment and racism, many chose to disregard anti-Jewish oppression. In spite of their role as a “hub for … historically disenfranchised communities,” the Multicultural Resource Center](http://new.oberlin.edu/office/multicultural-resource-center/ “”), a supporter divestment, remains silent on anti-Semitism. Similarly, the department of [Comparative American Studies, which trains students to “investigate power, inequality, and agency through the analysis of… race… class… and citizenship,” are either disinterested or unable to engage students with these same issues when it comes to American Jews.

SFP and their Oberlin Divests allies can’t continue ignoring anti-Jewish oppression and rendering Jewish identities invisible. While the alumni group reduces Jewish identity to support of Israel, SFP and allies reduce Jewish identity to white skin and economic privilege. But they don’t get to decide for Jewish students what it means to be Jewish — to tell us it is a denominational religion, a culture or an ethnicity. They don’t get to tell us that Jews do not constitute a nation, even if they may abhor the regime currently claiming to represent this nation. They can’t continue to ask Jewish students to check their Jewishness at the door in order to join their movements. And they can’t police when a Jew may or may not notice stereotyping or take offense. Both the organized pro-Israel Jewish community and radical activists need to stop disciplining Jewish identity.

Oberlin student activists need to decide if they will believe Jewish students who say their Jewishness is more than a religion, and if combating anti-Jewish oppression will be a part of their movement. This will require more than just condemning anti-Semitism along with other forms of bigotry; it will require allowing Jewish voices to speak and be heard as Jewish.

Likewise, concerned alumni and American Jewish organizations need to be honest and explicit about their intentions. Are they really worried about anti-Semitism on college campuses? Then they must expand their definition of anti-Semitism and welcome the voices of anti-Zionist and pro-BDS Jewish students.

Hadas Binyamini works as a Jewish educator in Cleveland, Ohio. She graduated from Oberlin College in 2014.