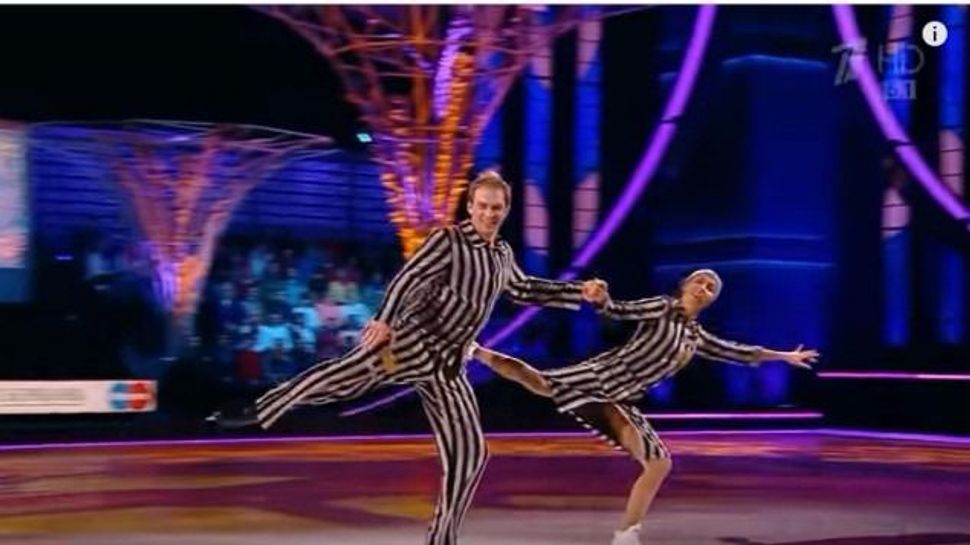 Ilya Averbukh on Monday told the Komsomolskaya Pravda tabloid that he came up with the concept for the routine, in which the skaters wore striped concentration camp uniforms along with yellow stars of David.

“I would call all this reaction a sign of the craziness of today,” he told the paper, according to the Times of Israel.

The show was performed by Tatiana Navka, the wife of Kremlin spokesman Dmitry Peskov, on an episode of the Russian celebrity skating show “Ice Age.”

It drew a wave of condemnation in Russia, Israel and in international media.