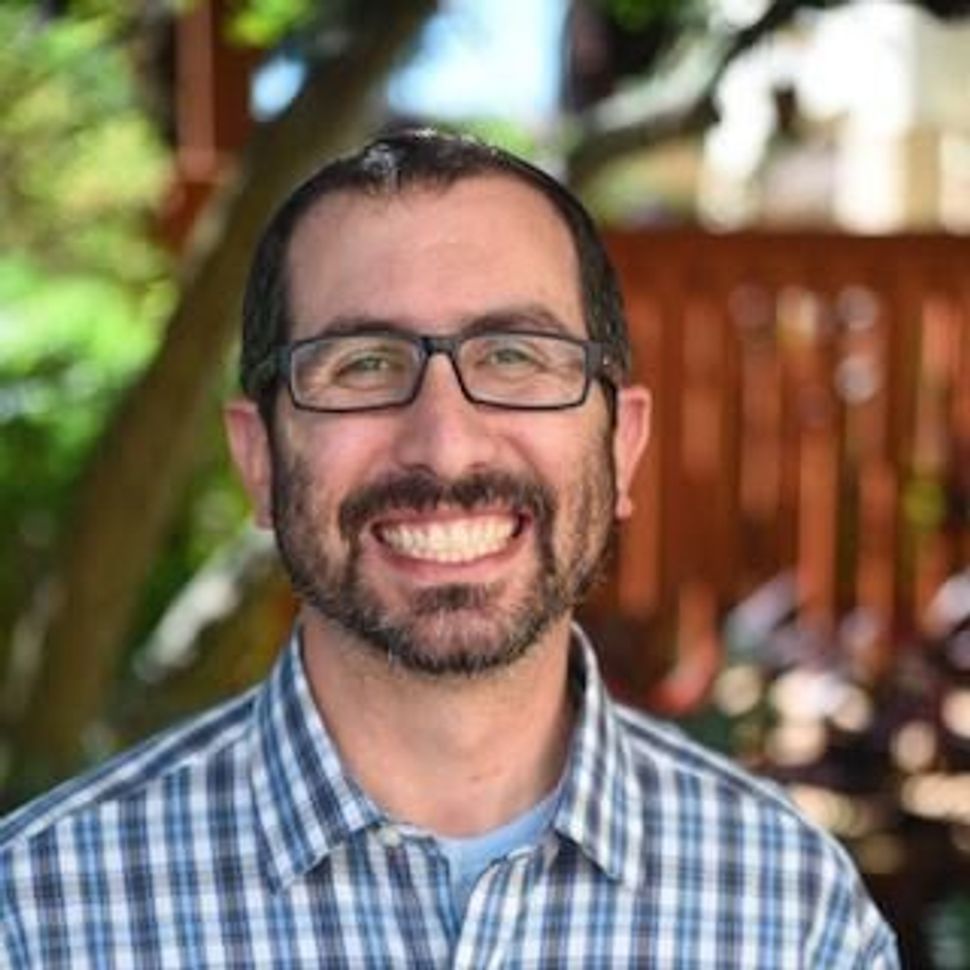 “I wasn’t on the high school debate team,” Rosenberg told the Forward. “I really didn’t want to get into it. That might have been the wrong decision, but I’ll let the next rabbi deal with it when Richard Spencer comes to their community.”

Rosenberg, the Hillel rabbi at Texas A&M University for the past three years, later said he found Spencer’s attempt to get him to defend Israel erroneous and bordering on anti-Semitic.

“I am a simple teacher of Torah,” he said.

Rosenberg later took part in a silent demonstration against Spencer’s address. He said that he was concerned at the attention given to the “alt-right” leader, who calls for the creation of a white “ethno-state.”

“The undue amount of attention given to Richard Spencer and his message was and is troubling to me,” he said. “We can’t normalize hate speech.”

Rosenberg also told the Forward he did not an anticipate a repeat on his campus of Tuesday’s events.

“I really do hope and think that this is a one-off for Texas A&M,” he said. “It’s a philo-Semitic campus, where people appreciate Jewish culture and Judaism.”

Despite his concerns about giving attention to hatemongers, Rosenberg handed the white supremacist the spotlight Tuesday when he asked Spencer that night to study Torah with him.

.@tamu rabbi @aggiehillel asks Spencer if he would study the Torah with him pic.twitter.com/wNEhJ7rtDc

“You come here with a message of radical exclusion. My tradition teaches a message of radical inclusion, as embodied by Torah,” said Rosenberg, who attended the media event at the urging of one of his colleagues. “Would you sit down and study Torah with me and learn love?”

Spencer shot back by comparing Israel’s vision as a homeland for Jews with his own goals for a state for whites.

“Do you really want radical inclusion into the State of Israel?” Spencer responded, as Rosenberg said nothing. “Jews exist precisely because you did not assimilate to the gentiles… I respect that about you. I want my people to have that same sense of themselves.”

Spencer headlined the event at Texas A&M after receiving an invitation from a former student at the university who rented space for the occasion.

Administrators said their hands were tied, preventing them from canceling his speech, due to the First Amendment; but they organized an “Aggies United” event Tuesday as a sort of counter-programming, where campus leaders spoke and a few bands performed music. There were also protests inside and outside the Memorial Student Center, where the Spencer event took place.