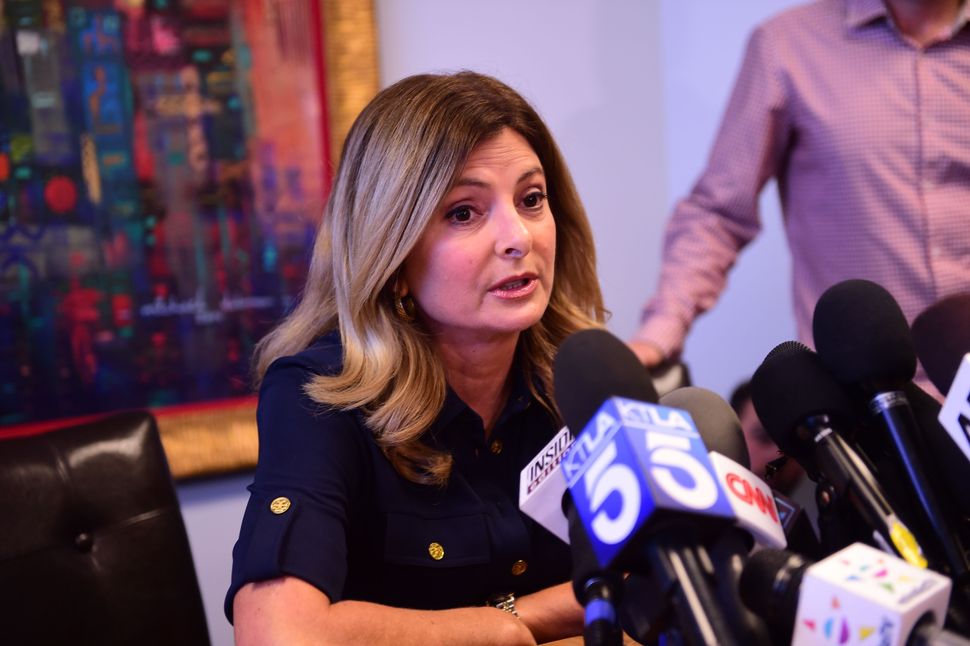 Attorney Lisa Bloom, who represents women suing President-elect Donald Trump on sexual harassment charges, blasted the news that a planned march of women on the day after Trump’s inauguration will be blocked.

“It’s code red for women’s rights in this country,” Bloom said Friday while speaking on the Stephanie Miller show. Bloom is the daughter of celebrity attorney Gloria Allred, who grew up in a Jewish working-class family.

“The whole point of this protest is to flex our political muscle and to let Mr. Trump and his little band of sycophants that he’s appointed, that want to destroy the environment and destroy civil rights, we want them to know that we are there, we are a powerful political voice to be reckoned with and we’re going to raise our voices on the first day after the inauguration, January 21.”

Women’s groups were planning a mass demonstration at Lincoln Memorial to protest Trump’s policies and statements on women. That will not be possible because the National Park Service, on behalf of the Presidential Inauguration Committee, filed permits for large outdoor swathes of the capital in the days before, during and after the day the protest was scheduled, according to The Guardian.

NPS Spokesman Mike Litterst told the newspaper that blanket permits were needed because staff would be putting up inauguration bleachers before the event, and taking them down for weeks afterward.

A spokeswoman for the march said organizers had secured another location. Bloom said she planned on attending the rally and called the restrictions “unprecedented.”

In the weeks before elections, Bloom represented four women who said Trump had harassed or assaulted them. One woman dropped her charges since. At the time, Trump vowed to sue the women, whom he called liars. Bloom said she doubted he would follow through, but vowed to defend the women pro bono.