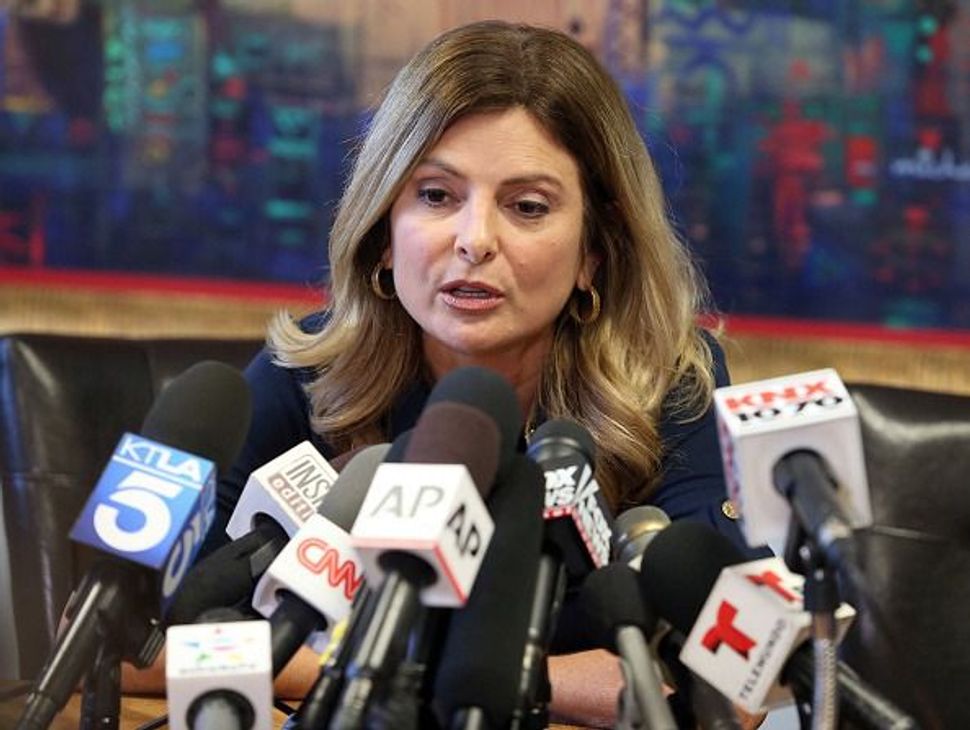 Since the release of the “Access Hollywood” video in which Donald Trump bragged about sexual assault, a dozen women have come forward to accuse him of sexual misconduct. Accusations of a criminal nature were set to make news on Nov. 2, as the person who has sued him for child rape in federal court was scheduled to speak about her lawsuit in a press conference. The woman cancelled after receiving violent threats, said her lawyer, Lisa Bloom.

But Bloom won’t be standing down. Here are four quick facts about the lawyer behind the high-profile case.

Bloom represents victims of sexual harassment and assault — and that runs in the family. Her mother Gloria Allred is one of the country’s most prominent attorneys in this field, taking cases from several Trump accusers, the family of O.J. Simpson victim Nicole Brown and Spice Girls’ Scary Spice, among others. Bloom, 55, is Allred’s only child, the product of her short-lived first marriage.

Allred never avoids a camera, and the same is true for Bloom. She works as a regular legal analyst for NBC News, as well as appearing on other networks like CNN and CBS. She once hosted a program on truTV called “Lisa Bloom: Open Court,” which took a current events angle on the law. She is also an author, having written “Think: Straight Talk for Women to Stay Smart in a Dumbed-Down World” and “Swagger: 10 Urgent Rules for Raising Boys in an Era of Failing Schools, Mass Joblessness, and Thug Culture.”

Bloom graduated with a bachelor’s degree from UCLA, and then earned her law degree at Yale Law School, the best law school in the country and one that’s notoriously hard to get into. She runs her own legal practice, the Bloom Firm.

Bloom has been a vocal advocate of veganism, arguing that people should strip meat and dairy out of their diets to spare the planet from climate change and protect the rights of animals.