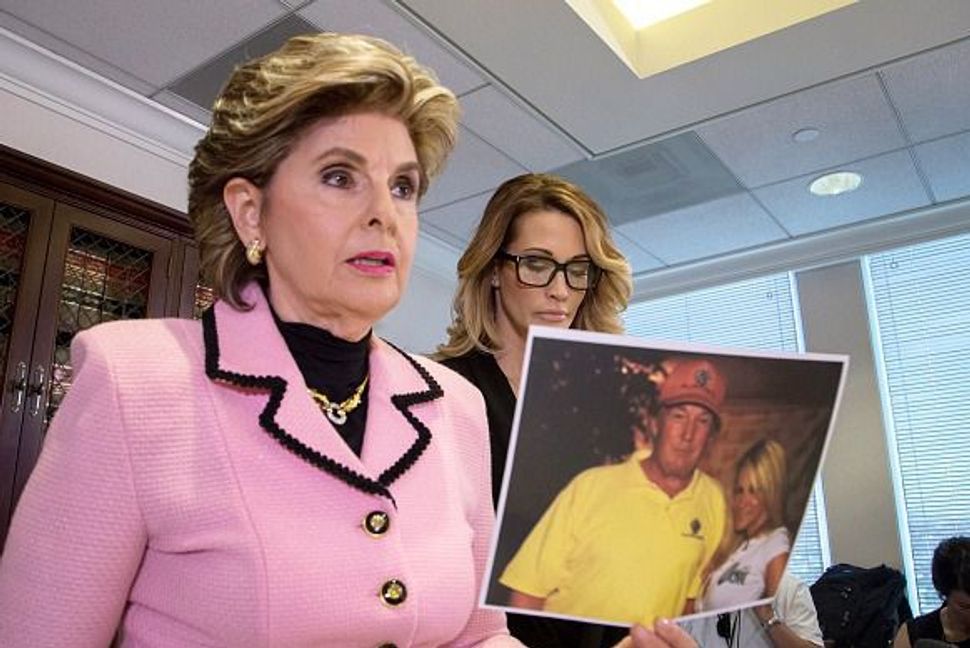 Donald Trump’s taped boast about assaulting women — and later assertions from a dozen women that he acted as he said — have stirred a hornet’s nest of sexual harassment and assault allegations. For two decades, Jewish attorney Gloria Allred has been at the center of that discussion, representing clients who have accused powerful men of abuse.

Given Allred’s prominence, it’s perhaps not surprising that she’d figure in this drama. And indeed she has — taking the cases of three Trump accusers and firing back at allegations from his campaign that she orchestrated the allegations with Hillary Clinton’s blessing.

Here are five facts about the intrepid lawyer and women’s rights advocate.

Born as Gloria Rachel Bloom, the now septuagenarian Allred grew up in Philadelphia and attended the University of Pennsylvania. During her time there, she had a daughter in a rocky marriage that soon broke up. She then moved out to Los Angeles and worked as a high school teacher in the Watts neighborhood, then a center of black discontent and activism. She had written her undergraduate thesis on black writers, and was drawn to issues of equity and injustice.

While a teacher in Los Angeles, she was raped while on vacation in Mexico, and subsequently had to have an abortion, according to a profile in The New York Times. Because it was still illegal to terminate a pregnancy, she had the procedure done in a back alley, where she almost bled out. “I originally thought it was my own bad luck,” she told The Times. “Eventually I figured out there was something systematic in the way women are treated.”

Master of the Press

She has become known for press conferences in which she calls out her client’s abusers and demands restitution. In so doing, she’s recognized for a take no prisoners style, and a willingness to represent anyone whom she thinks has been wronged. “She represents people who we might not want to go to lunch with… She takes on issues that are too messy for the courtroom. Some people think it’s salacious, what she’s bringing into the public square,” said Thane Rosenbaum, a professor at Fordham Law, in comments for The Times profile. Responding to the Trump’s threat to sue his female accusers, Allred hit back, saying, “It is a new low even for you. Mr. Trump, your threat is below the dignity of the office you are seeking and I say to the women of this great country, we shall overcome.”

Involved in celebrity cases, Allred has become a star in her own right. She has been parodied on the cartoon shows “Family Guy” and “South Park.” She even made it onto the campy “RuPaul’s Drag Race” for several episodes in a row.