Am I That ‘Crazy Neurotic’ Jewish Woman Donald Trump Is Describing? 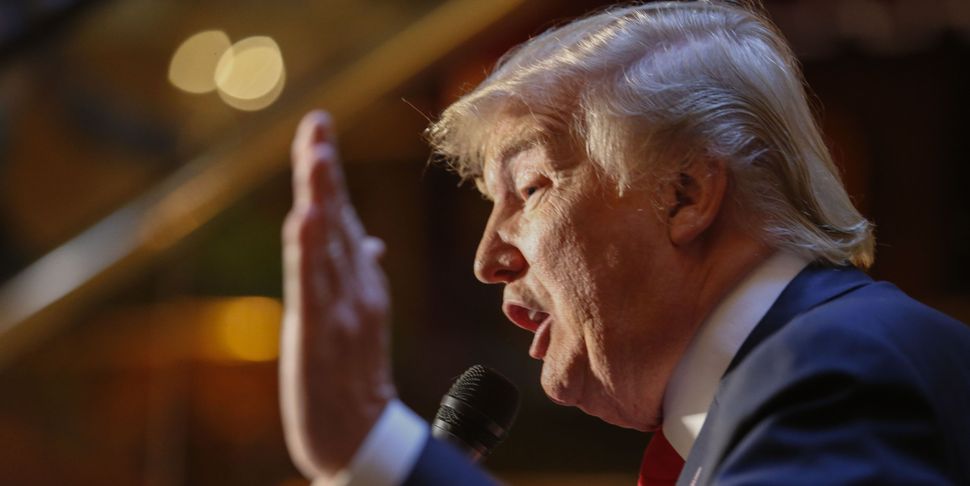 When Donald Trump called Debbie Wasserman Schultz, the Democratic National Committee Chairwoman, “crazy” and “a highly neurotic woman” it was one more comment in a long list of politically incorrect statements he has made since joining the presidential race. Unfortunately, it is also a characterization frequently made about Jewish women in general.

I’ve noticed two major reactions to Jewish women repeatedly being called “crazy” and “neurotic.” The first is a complete reversal of this stereotype. These women strive hard to be cool and relaxed. They often reply to questions with a casual “whatever” and wear a glazed expression when listening to someone’s voice escalate with fervor. Are they secretly hyperventilating in the privacy of their own homes? Perhaps, but you’ll never see them flustered in public. In my experience as a new mom, there is no greater compliment than calling another young mother “laid back.”

The other reaction I’ve noticed is the total opposite. These women fully embrace the caricature. They even make a point of exaggerating their eccentricities. They laugh at their wild proclivities and often depict themselves as the nutty and abrasive ones compared to their shy, cerebral and well-intentioned partners. These women label themselves all of the offensive clichés before someone else has the chance.

These two extremes fail to showcase all of us who fall in between. Of course, women can be passionate but still sane, unconventional but still rational. I would count myself as one of them. Or at least I used to.

I admit that ever since becoming a mother, and a mother to a son no less, I find myself identifying more with the “crazy” and “neurotic” Jewish woman. For example, as someone who used to look down on “mommas boys,” I now have a soft spot for grown men who treat their mothers tenderly, call them frequently and turn to them for advice. And based on my intense attachment to my baby, I can’t help but feel badly for my future daughter-in-law. I feel a new sense of entitlement. After carrying him inside of me for nine months, giving birth to him, and pouring my time, love and energy into this boy, shouldn’t he at least choose a future partner who adores me?

I know how ridiculous this sounds. My son is only eight months old and I hope he develops into a smart and independent man who can make his own decisions. But I also can’t help the way I feel. Maybe this demon of a woman has always been buried inside of me waiting for an excuse to come out. Or maybe I’m slowly sliding toward embracing the societal imprint that has penetrated into my consciousness. Either way, I’m working on creating a balance and indulging my more “passionate” side in moderation.

Every woman, not only mothers, has the opportunity to define themselves in however way they choose. While some may choose “laid back” others will choose “crazy.” And many others will choose countless terms to describe the kind of person they are or aspire to become.

All I hope for is that we make a concerted effort to define ourselves and not leave it to the Donald Trumps of the world to do it for us.

Am I That ‘Crazy Neurotic’ Jewish Woman Donald Trump Is Describing?