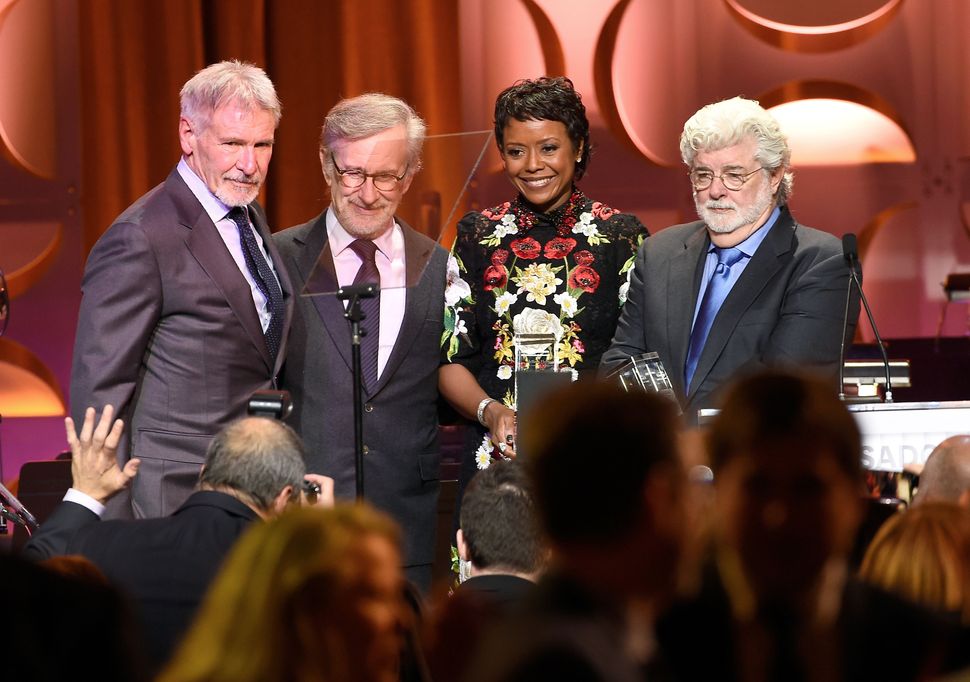 LOS ANGELES – Encouraged by members of Hollywood royalty, 700 guests at the Ambassadors for Humanity gala contributed some $3.5 million for the far-reaching work of the University of Southern California Shoah Foundation.

Following the impact of Steven Spielberg’s “Schindler’s List,” the director established the Shoah Foundation in 1994. A signature achievement of its global outreach is the video testimony of more than 54,000 survivors and witnesses of the Holocaust, now expanded to those who experienced genocides in Armenia, Nanking, Rwanda and Guatemala.

Hobson, a Chicago-based finance and education guru, praised the Shoah Foundation for “giving a face to the faceless,” and observing that in America “we are frozen in time, waiting to see what happens.”

Despite the Shoah Foundation’s impressive accomplishments, founder Spielberg, pointing to the endless slaughter in Syria, said “We have not come far enough,” following up with a clarion call, “There can be no more bystanders.”