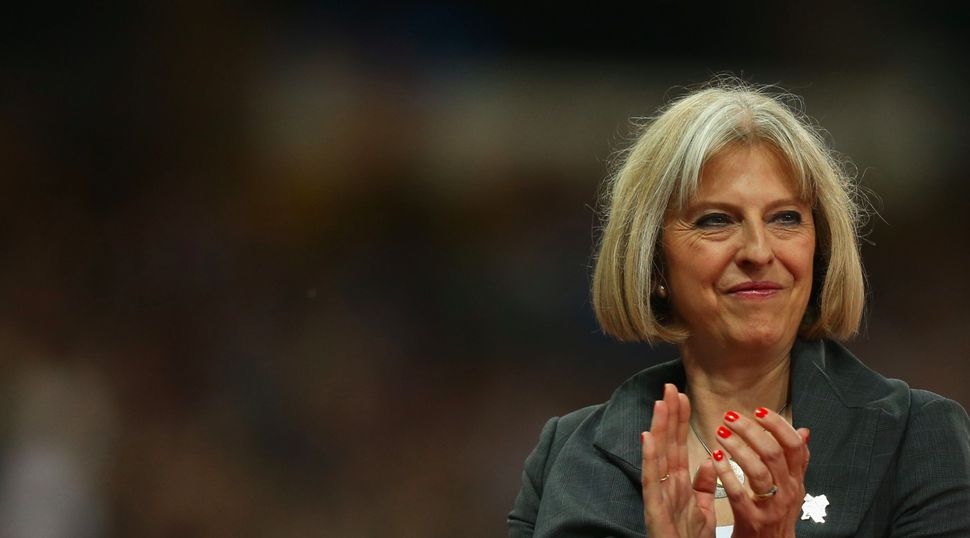 The British government is set to adopt a definition of anti-Semitism that includes calling Israel an inherently racist country and making comparisons between Israel and Nazi Germany.

British Prime Minister Theresa May agreed to adopt the definition that was recently introduced by the International Holocaust Remembrance Alliance, The Jewish Chronicle reported Monday.

The definition adopted by the Alliance, an intergovernmental agency of 31 Western nations, says anti-Semitism “might include the targeting of the State of Israel, conceived as a Jewish collectivity” though “criticism of Israel similar to that leveled against any other country cannot be regarded as anti-Semitic.”

The examples section of the definition includes classic forms of Jew hatred such as “stereotypical allegations about Jews as such” and spreading conspiracy theories about Jews, as well as calls to harm Jews.

The definition mentions Israel eight times, listing as examples behaviors such as “claiming that the existence of a State of Israel is a racist endeavor” and “applying double standards by requiring of it [Israel] a behavior not expected or demanded of any other democratic nation.” Comparing Israel to Nazi Germany is also listed, along with “accusing the Jews as a people, or Israel as a state, of inventing or exaggerating the Holocaust.”

Moshe Kantor, president of the European Jewish Congress, in a statement said the adoption of the definition in Britain would fix “the absurd situation whereby anti-Semitism is defined by the perpetrators not by the victims, which makes it unique amongst all definitions of racism and xenophobia.” From now on, he added, the “perpetrators of anti-Semitism will be given clear red lines that they are not to cross and this is a very important development. We applaud and welcome this decision and call on other European states to follow suit.”

The impending adoption of the definition follows intense media scrutiny of the phenomenon in Britain, following what was widely perceived as expressions of anti-Semitism by senior members of the Labour Party. Amid the debate on this issue, Labour member and former London mayor Ken Livingstone said Adolf Hitler supported Zionism. He was suspended from Labour for that remark, though he said it was not anti-Semitic.

He also said that Naz Shah, a Labour senior lawmaker who in 2014 posted on Facebook a text calling for relocating Israeli Jews to the United States because of Washington’s support for Israel, had made no anti-Semitic statement by saying so. She was also suspended but has been reinstated after expressing regret for her statements.

Adopted in 2005 by the European Monitoring Centre on Racism and Xenophobia – a body set up by the European Union to combat racism – it was removed in 2013 from the website of the Fundamental Rights Agency, the body that replaced the centre. A spokesperson for the agency told JTA the EU neither needed nor had a real definition for the phenomenon. She said the document had been pulled as part of maintenance work on the website.

In 2012, the prominent anti-Israel activist Ben White wrote on the website Electronic Intifada that the EU’s working definition’s “real agenda may be to stifle Palestine solidarity activism.”