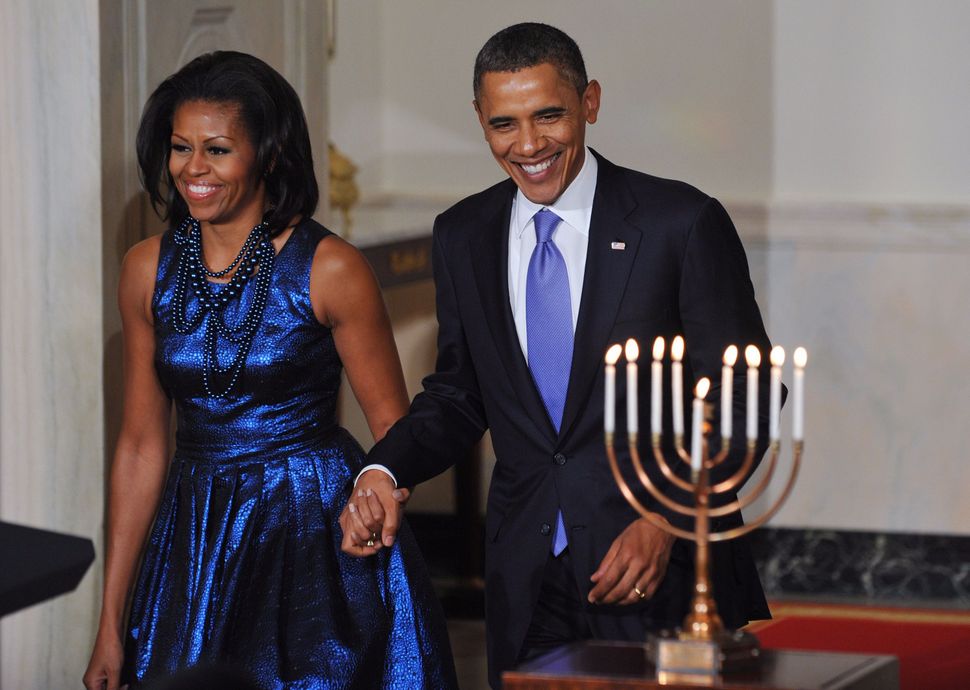 WASHINGTON — Pleading with American Jews to “have faith that brighter days are ahead,” President Barack Obama bid emotional farewells to the Jewish community at his final Hanukkah parties as president.

The Obamas will be vacationing in Hawaii for Christmas break, which this year coincides with Hanukkah, so the party was held early.

At both gatherings, Obama alluded to the disappointment that Democrats felt in the loss by Hillary Clinton, Obama’s designated successor, to Donald Trump in the presidential election last month.

“In my last months in office, I want to thank you for all your courage, and your conviction, and your outspokenness,” he said at the second reception, in the evening, to applause. “The story of this community and the work you continue to do to repair the world forever reminds us to have faith that there are brighter days ahead.”

“No, no, no, not cynical,” Obama replied, and she corrected herself: “A little doubtful.”

At each reception, guests lighting the Hanukkah candles represented Jewish figures who died this year and to whom the president was close. At the afternoon reception, the widow, son and grandchildren of Elie Wiesel, the Holocaust memoirist and Nobel Peace Prize laureate, lit a menorah that had been made by Wiesel’s granddaughter.

In the evening, the son and two grandchildren of Shimon Peres, an Israeli founding father and longtime statesman, kindled a menorah preserved during the Holocaust by the family of Peres’ son-in-law.